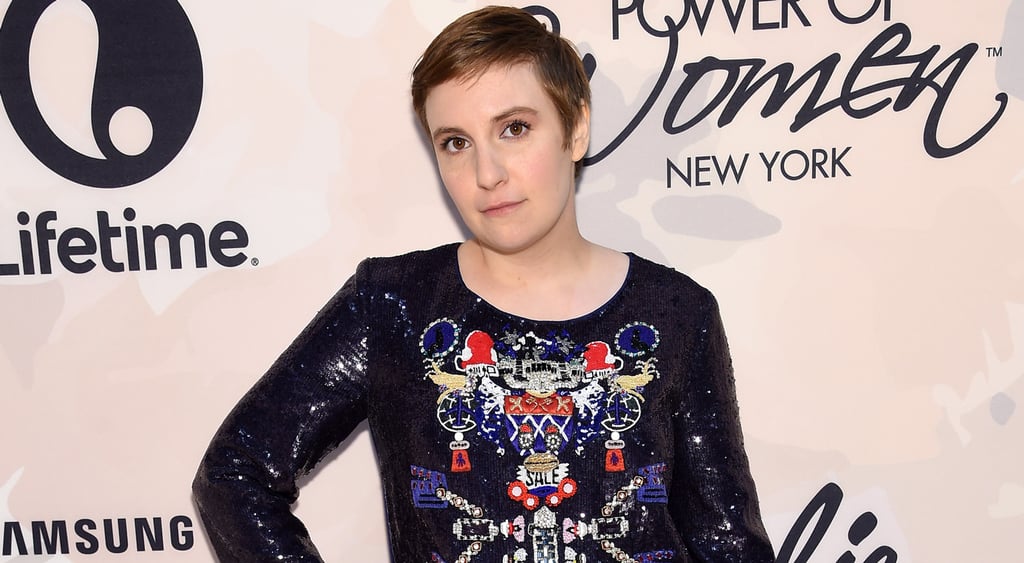 Lena Dunham took to social media on Monday to share a picture of herself in her bra and underwear, and in true Lena style, she paired it with a caption that's equal parts funny and thoughtful. For the photo, she struck a pose in a bathroom, and in her caption, she wrote, "Love my @lonelylingerie and I think I will wear it to dinner with some boots & a smile because we are all very lucky to be free." This week's snap is one of many times Lena Dunham's Instagram was so damn relatable, including her empowering exercise post from April, which featured a gym selfie and a powerful caption: "It has helped with my anxiety in ways I never dreamed possible. To those struggling with anxiety, OCD, depression: I know it's mad annoying when people tell you to exercise, and it took me about 16 medicated years to listen. I'm glad I did." Keep reading to see Lena's latest snap, then check out the cutest pictures of Lena and Jack Antonoff plus the wise, hilarious Lena Dunham quotes that make you love her.