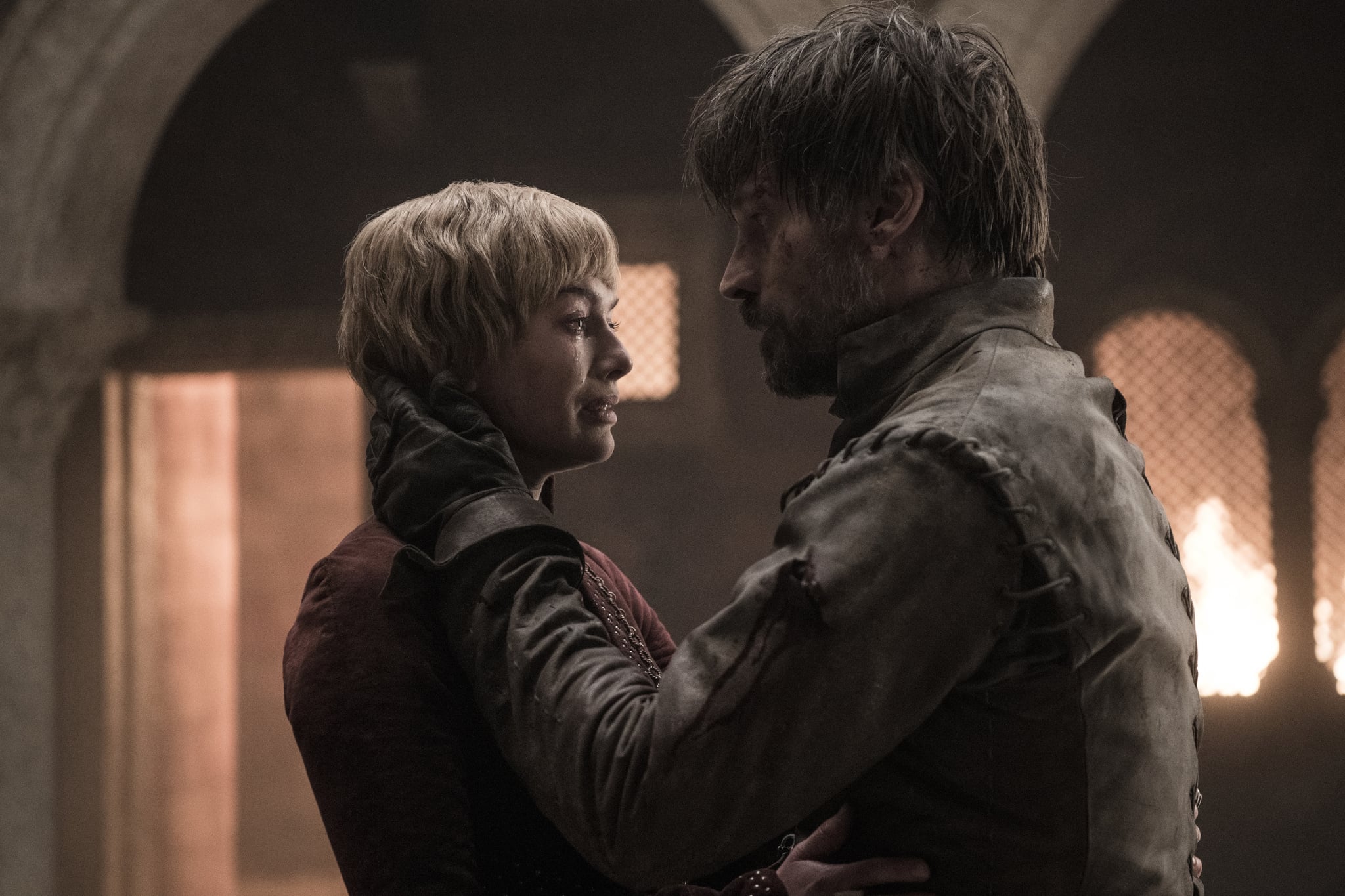 Warning: spoilers for Game of Thrones ahead!

Another Game of Thrones season eight episode, another round of characters who are no longer with us (the number was getting so large, we had to make a list to keep track). The death of Cersei and Jaime Lannister in episode five, aptly titled "The Bells," didn't exactly come as a surprise. Fans of the books, at least, have anticipated Cersei's death since A Feast For Crows, the fourth book in the series where the young Lannister visits a fortune-teller named Maggy the Frog and receives a prophecy that she can't seem to shake for the rest of her life. Cersei's told (among several other things) that "when your tears have drowned you, the Valonqar shall wrap his hands about your pale white throat and choke the life from you." Valonqar, in Valyrian, means "little brother," which people have assumed to mean Tyrion or even Jaime. And while we can't be 100 percent sure, many believe the show alluded to the prophecy when Cersei dies with Jaime's hands lovingly holding her face and neck as the Red Keep is about to collapse on top of their heads.

Fans have had varied reactions to Cersei and Jaime's death by rubble. Some people feel let down after seasons of Jaime attempting to redeem his selfish ways. Others think Cersei deserved more after being such a huge and influential character all these seasons. And others see it as poetic justice for the two. However you feel about it, your heart will definitely warm — and you also won't be able to stop laughing — after reading Lena Headey's Instagram post that pays tribute to her onscreen twin brother.

"When @nikolajwilliamcw and I wore jellyfish ... I f*cking love you ya big weirdo 💗💗💗💗" she wrote in the caption underneath a hilarious picture of the two of them in what look to be wig caps (or a ripped-up plastic bag in Coster-Waldau's case?).

Coster-Waldau also posted a few selfies of the two of them together, making funny faces while in full hair, makeup, and costume. And from the fake blood dripping down Nikolaj's cheeks, we can assume they probably snapped the photos not soon after they finished filming their final scene together.

Season eight has elicited quite a few tribute posts from the show's biggest stars as they look back on the past decade of their lives. We can only imagine what next week will bring to our feeds.