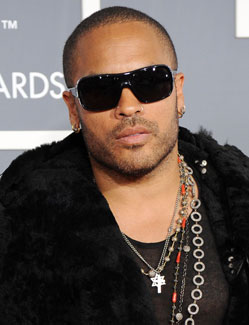 The principal cast is now complete: Lenny Kravitz is set to take on the role of Cinna in The Hunger Games. Cinna is stylist to Katniss (Jennifer Lawrence), who must be primped and primed before heading into the arena to fight for life in the games. Cinna is pretty much described as funky (but more toned down than the rest of his styling team), and eventually becomes a friend and confidante to Katniss. I was envisioning someone a lot younger than Kravitz, as it's meant to be Cinna's first time styling a tribute for the games, but Kravitz should make a nice addition to the star-studded cast of The Hunger Games. Kravitz's current acting credits are limited to playing a nurse in Precious, but the rocker is nothing if not stylish. How do you feel about this news?