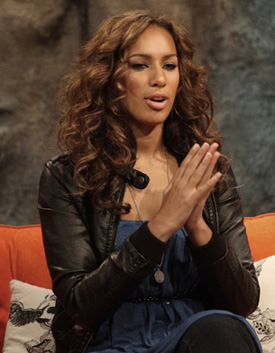 A big congratulations to Leona Lewis, whose debut album Spirit is at number one in the US album chart.

That's not the end of the excitement though, oh no! Leona is the first British solo artist to go straight to number one in the US album chart. Wowsers.

Spirit sold a massive 205,000 copies in its first week of release, according to Billboard magazine.