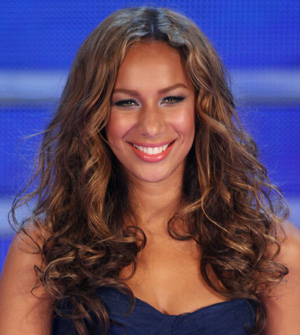 Huge congratulations to Leona Lewis, whose single "Bleeding Love" has reached number one in the US Hot 100! The X Factor winner is the first British female to hit the coveted American number one position in over twenty years. The song was released six weeks ago and has climbed up to the top spot partly thanks to her appearance on Oprah with Simon Cowell. That woman has so much power! Can you believe the last Brit female to score a number one in the States was Kim Wilde?!