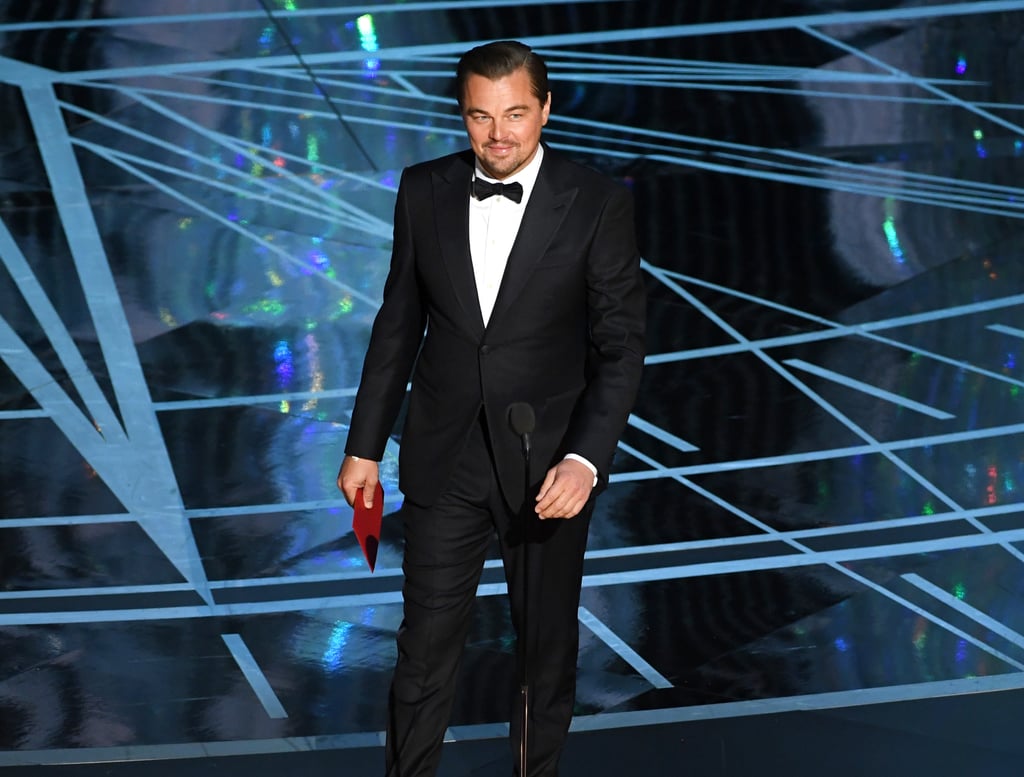 Leonardo DiCaprio won the coveted best actor award at the Oscars in 2016, and the actor was clearly feeling himself when he returned to the scene of the crime a year later. First of all, he was late; Leo skipped the red carpet and was MIA during most of the show, popping up just in time to present the best actress award to Emma Stone.