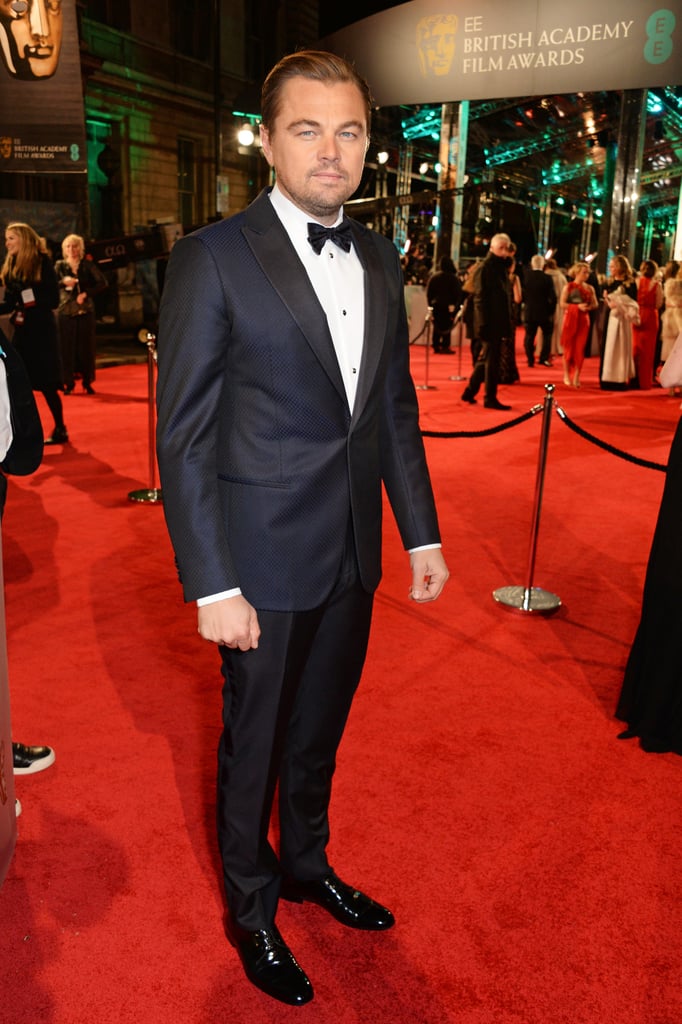 Just when you thought you couldn't love Leonardo DiCaprio any more, he shows up at the BAFTA Awards in London and practically sweeps you off your feet with his piercing blue eyes. On Sunday, the actor stepped out at The Royal Opera House in a Giorgio Armani tux and posed for photographers with The Revenant director Alejandro González Iñárritu on the red carpet. Leo is nominated for leading actor in a film for his work in The Revenant, which is up for seven other awards including best cinematography and film of the year.

This year is shaping up to be a big year for Leo, who's already taken award season by storm. On top of winning a Golden Globe and receiving a trophy at the SAG Awards, he may just take home his first Oscar this year. Keep reading to see more of Leo's night, and then check out all your other favourite celebrities on the red carpet of the BAFTA Awards.