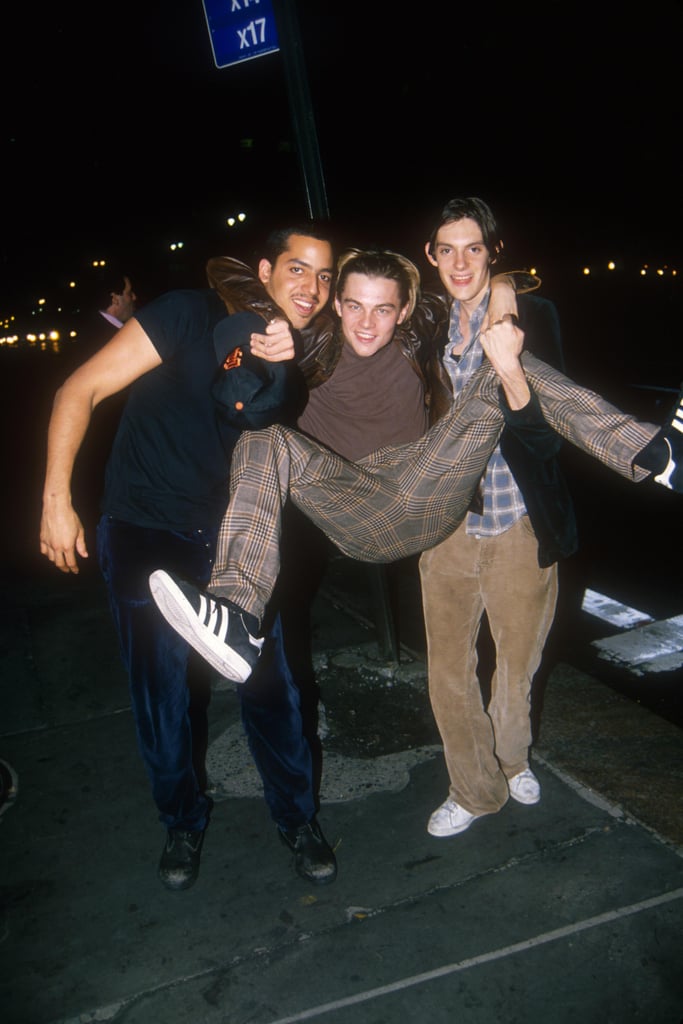 As someone who's been in the entertainment business for nearly 30 years, Leonardo DiCaprio has amassed a huge group of celebrity fans and former costars — one of whom, Kate Winslet, he has called "the best actor of her generation." While he does have a good number of fellow Hollywood stars to call friends, Leo also has decades-long friendships with a group of guys who for years have been affectionately referred to as his "P*ssy Posse." Who are all these dudes, you ask? Thankfully, we've made you a guide to Leo's famous bros, both new and old.