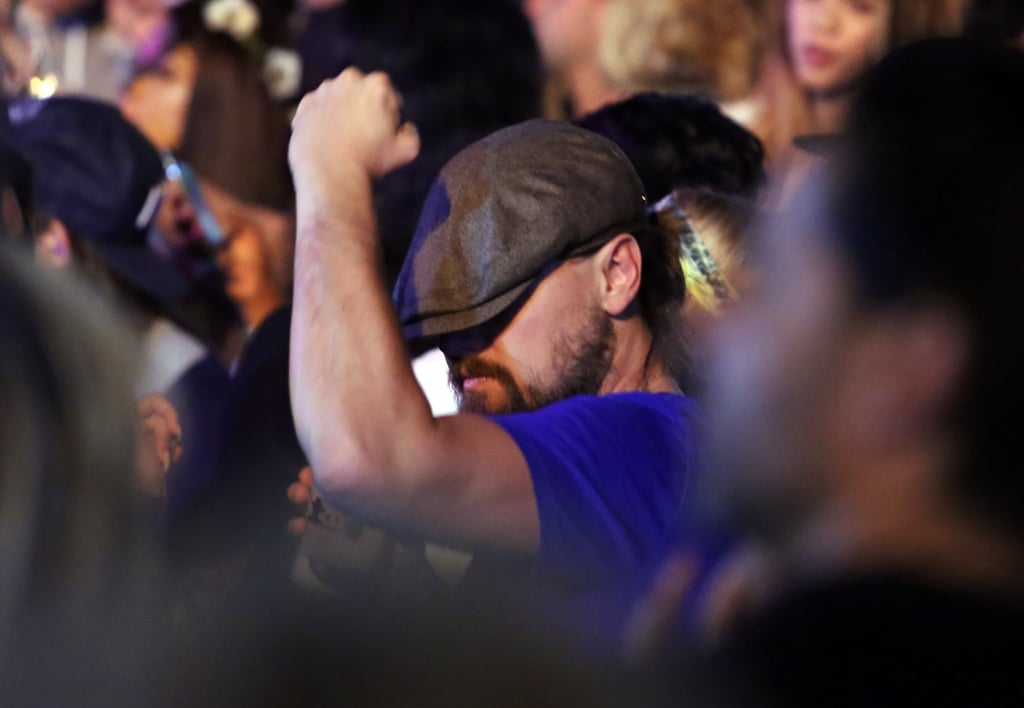 The first weekend of Coachella was packed with plenty of celebrity sightings and PDA, but almost nothing can compare to the moment Leonardo DiCaprio starts dancing. He was spotted fist pumping at the Neon Carnival at the Thermal Hangar on Saturday while attempting to keep a low profile in a blue shirt and newsboy-style cap. Leo had the hat pulled down over his eyes as he joined the crowd with a drink in hand to let loose to the music. This isn't the first time the actor has shown off his dance moves at Coachella — just last year, Leo and a group of friends rocked out to an MGMT performance.

In recent months, Leo has been making headlines for his rumoured romance with Rihanna, as well as his plans to open an eco-resort in Belize. Keep reading to see Leo party at Coachella like he just doesn't care, then check out which cute couples popped up at the festival.