Inception had its world premiere last night in Leicester Square, and all the stars of the movie showed up to celebrate. Leonardo DiCaprio signed autographs for fans outside, he's been promoting the film in London since getting back from South Africa. Michael Caine cosied up to costars Marion Cotillard and Ellen Page inside, while Joseph Gordon-Levitt looked dashing in his checked suit. Enjoying his latest success, Tom Hardy went without a tie to the screening, but had girlfriend Charlotte Riley with him on the red carpet. 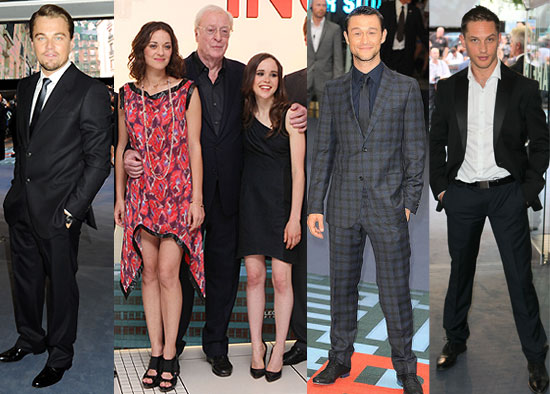