Clint Eastwood's biopic of FBI's first director J. Edgar Hoover hits theaters this November, and here's your first look at Leonardo DiCaprio in the title role. Leo is practically unrecognizable under all that makeup, though covering up his baby blues with colored contacts might be the most jarring aspect of his new look. The pairing of director Eastwood with DiCaprio in a historical drama is pretty much a shoo-in for Oscar season, but what do you think about this first picture from the film? 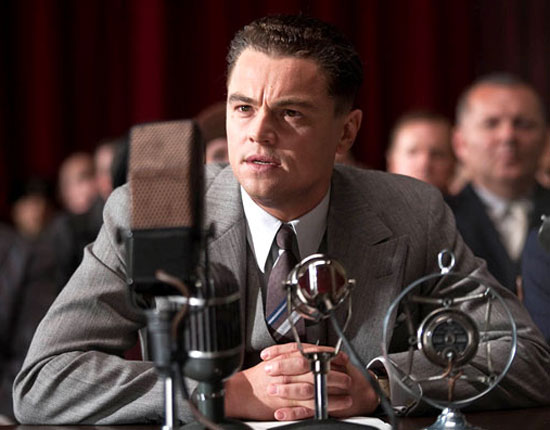