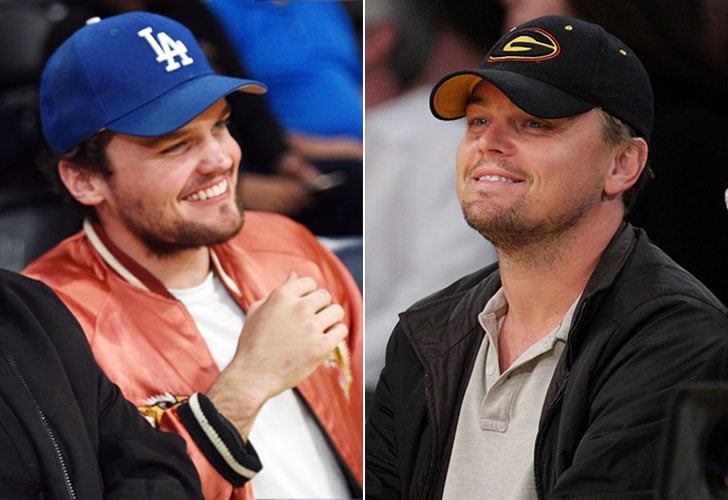 By now you've probably heard people freak out over how much Leonardo DiCaprio and Jack Nicholson look alike. Whenever the 42-year-old Wolf of Wall Street actor grows out his beard and lets his hair get a little long, the two could easily pass for father and son. But that's not what we're here to discuss. You see, Leo also bares a startling resemblance to another member of the Nicholson family: Jack's youngest son, Ray. No matter what the 25-year-old and avid Lakers fan is doing, he ends up looking practically indistinguishable from the Oscar winner. It's trippy, to say the least.