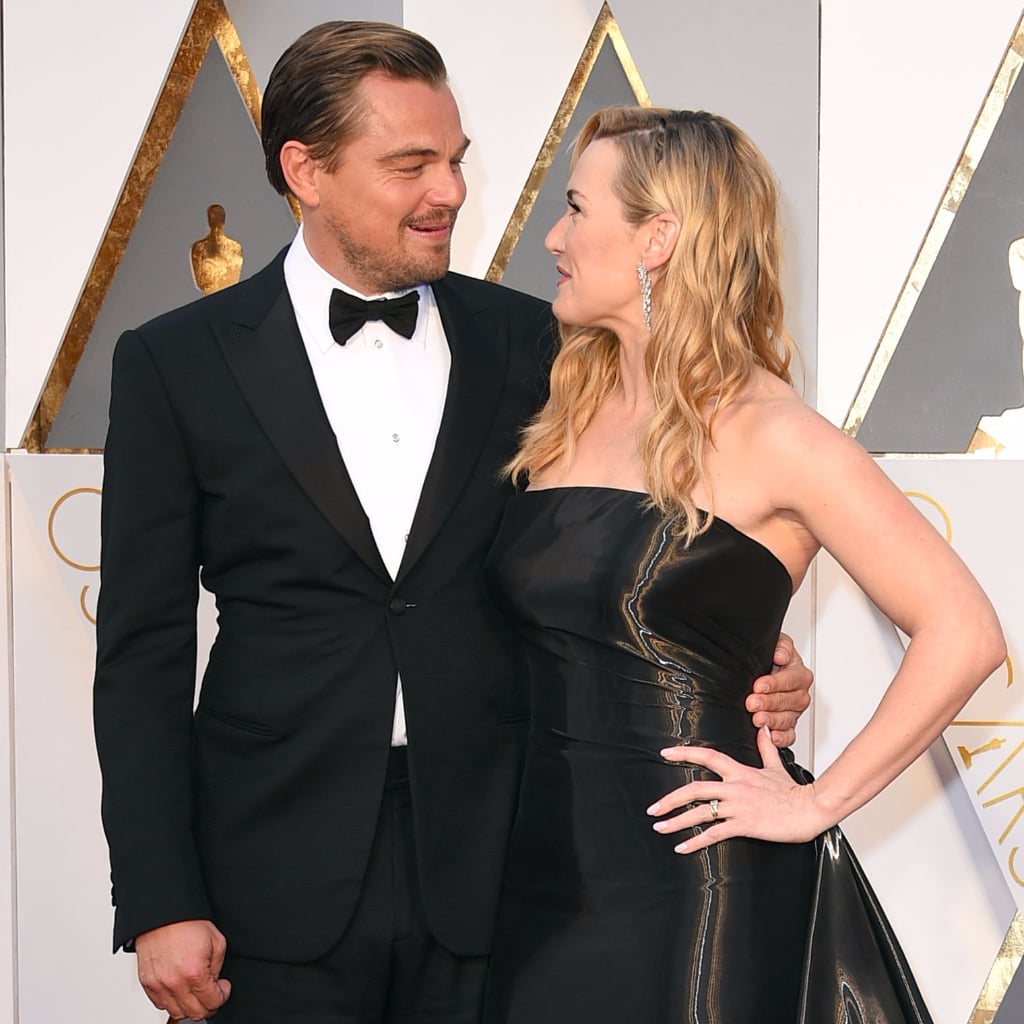 Leonardo DiCaprio finally took home an Academy Award on Sunday night after two decades worth of impressive big-screen performances. While there were plenty of people who couldn't get enough of the actor's win and celebrated with him at Vanity Fair's annual afterparty, one person in particular was prouder than ever: Leo's longtime friend Kate Winslet. The actress — also an Oscar winner — looked to be beside herself in the audience during Leo's heartfelt acceptance speech, and it wasn't long before eagle-eyed Internet users noticed the similarities between Kate's riveted reaction in her seat to the one that Leo had back in 2009, when Kate hit the stage to accept her best actress award at the Golden Globes. See the adorable side-by-side moments below.