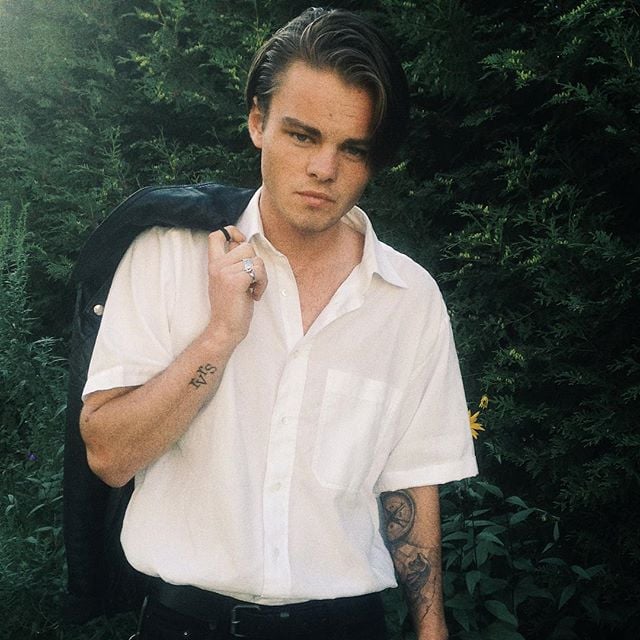 Remember Leonardo DiCaprio? Like, hot, young, Titanic-era Leo, the one with the warm puppy dog eyes and sexy pushed-back hair? Even though the actor still has the features that made him famous, times have definitely changed, and — sigh — all of us have got a bit older. Thankfully, there's a new Leo in town — sort of. Swedish model and musician Konrad Annerud has gained fame recently for his startling resemblance to Leo in the '90s, and the 21-year-old's Instagram is a treasure trove of photos that will have you doing a double take.

Konrad seems pretty used to the attention; he told Swedish outlet Nyheter24 that he considered shaving off his (and Leo's) signature locks, saying, "When I was in Italy this Summer I almost felt like shaving my hair off. It was very chaotic; people were yelling 'Leo' and wanted to take photos with me all the time. It was one of the craziest things I've ever experienced." It's OK, Konrad. We might not hassle you for a photo while you're on holiday, but we will be swooning over your Instagram snaps from afar. Keep reading to see the photos of Konrad that will give you strong Leo vibes, then check out an uncanny Angelina Jolie look-alike and the hot hipster version of George Clooney.