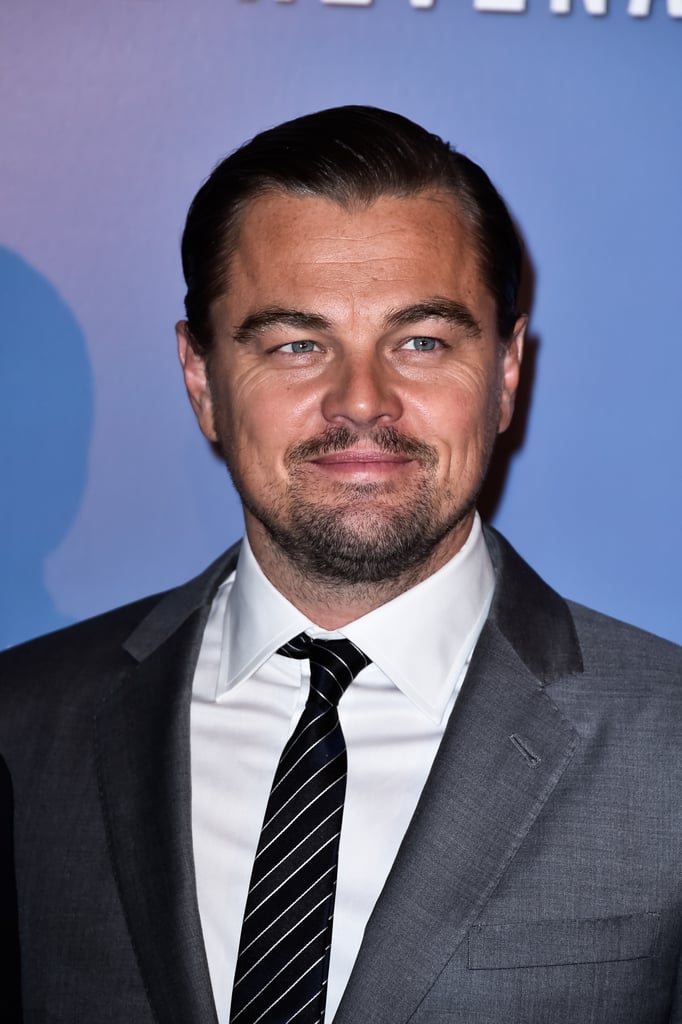 Leonardo DiCaprio continued his press tour for The Revenant on Monday at Le Grand Rex in Paris. The actor, who is up for an Oscar this year, showed off his sexy smoulder on the red carpet before linking up with his costar Will Poulter and director Alejandro González Iñárritu. It's just the latest in a string of appearances the star has made these past few weeks, including a hilarious stop on The Ellen DeGeneres Show. Last week, all eyes were on Leo when he stepped out at the Golden Globe Awards and met up with his former Titanic costar Kate Winslet. On top of their sweet reunion, Leo was caught making the most hilarious face at Lady Gaga during the award ceremony. Keep reading for more photos, and then check out how Lady Gaga reacted to that whole Golden Globes moment.