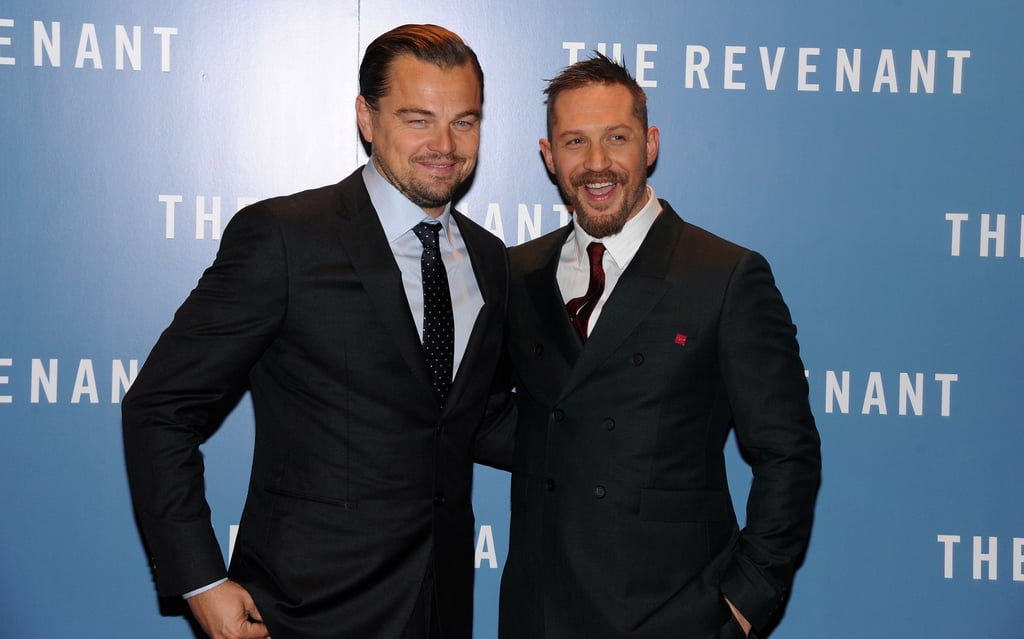 Leonardo DiCaprio was likely the man of the hour at the UK premiere of The Revenant on Thursday; the actor, who received an Oscar nomination for best actor just hours earlier, was all smiles while linking up with his costar, Tom Hardy, who was nominated for best supporting actor for his performance in the film. They posed for photos with director Alejandro González Iñárritu, who — you guessed it — was also recognised by the Academy. Leo reacted to the nomination (his fifth) in a statement, saying, "I am so grateful to the Academy for their recognition of this film. Making The Revenant was one of the most rewarding and collaborative experiences of my life." In total, the drama scored 12 nominations, and everyone will likely be tuning into the ceremony on Feb. 28 to see if Leo finally wins that Oscar award.

It's already been a big month for Leo, who not only took home an award at last week's Golden Globes but also became a viral hit with a handful of hilarious and adorable moments during the show. His reaction to fellow winner Lady Gaga walking by his chair began trending almost instantly, and sources at an afterparty that night spotted the two "laughing together about how funny the whole thing was." Leo also shared a sweet encounter with his BFF and former Titanic costar Kate Winslet and sang her praises on the red carpet, telling reporters that she's his "favourite actress in the industry." Keep reading to see Leo on the red carpet in London.