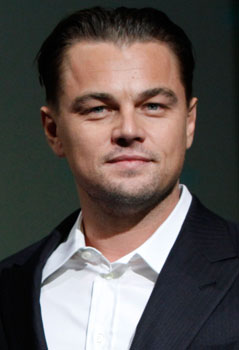 Leonardo DiCaprio may be Martin Scorsese's pet leading man, but the actor is eyeing a collaboration with another high profile director: DiCaprio is in talks to star in Quentin Tarantino's Django Unchained. The actor would play the villain in the spaghetti Western, a ranch and club owner named Calvin Candie who keeps women as slaves and makes men fight to the death. Django, the titular freed slave must deal with Candie in order to rescue his wife and get her to safety.

There's no doubt that Tarantino will line up an amazing cast (Christoph Waltz and Will Smith are both rumored to get on board), and this sounds like a villainous role DiCaprio can really sink his teeth into. Can you see Leo going evil or is that baby face only suited to playing good guys?