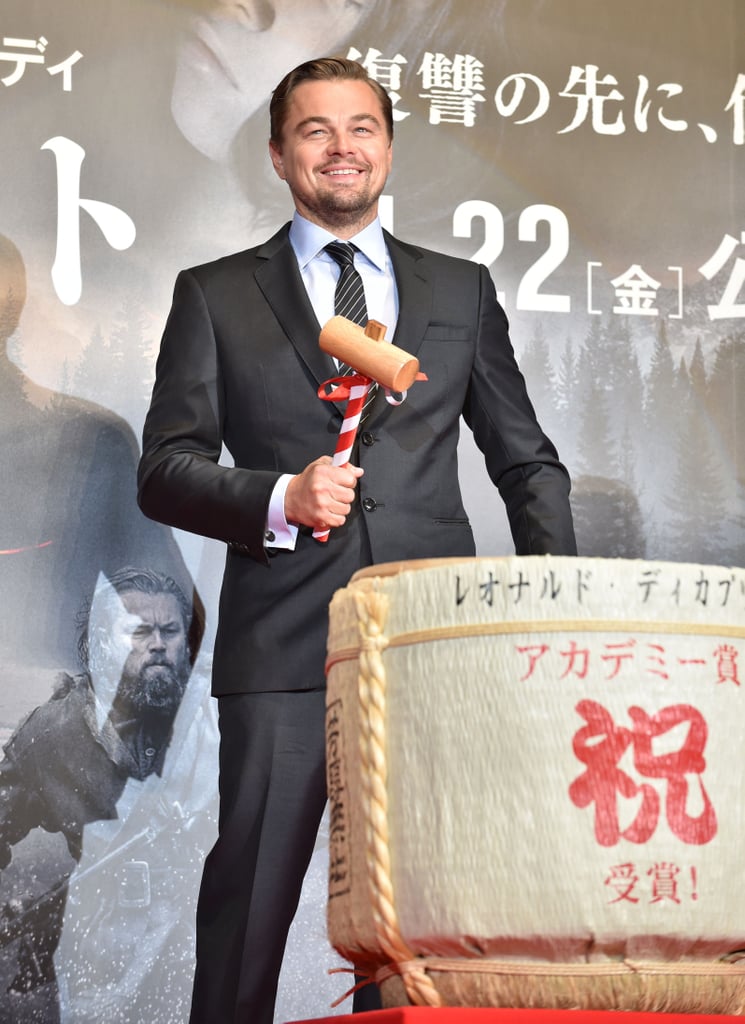 So far, Leonardo DiCaprio's press tour through Asia for The Revenant has been remarkably cute. He kicked things off by making some hilarious, crush-worthy faces at a press conference in Beijing on Sunday and continued being his adorable self at the Tokyo premiere of his Oscar-winning movie on Wednesday. While there, Leo took part in a traditional Japanese ceremony called "Kagami Biraki," which involved him breaking the lid of a giant wooden sake barrel and blessing humanity with some very funny photo ops. Keep reading to see some of his best moments, then check out why he's considered one of Hollywood's cutest guys.