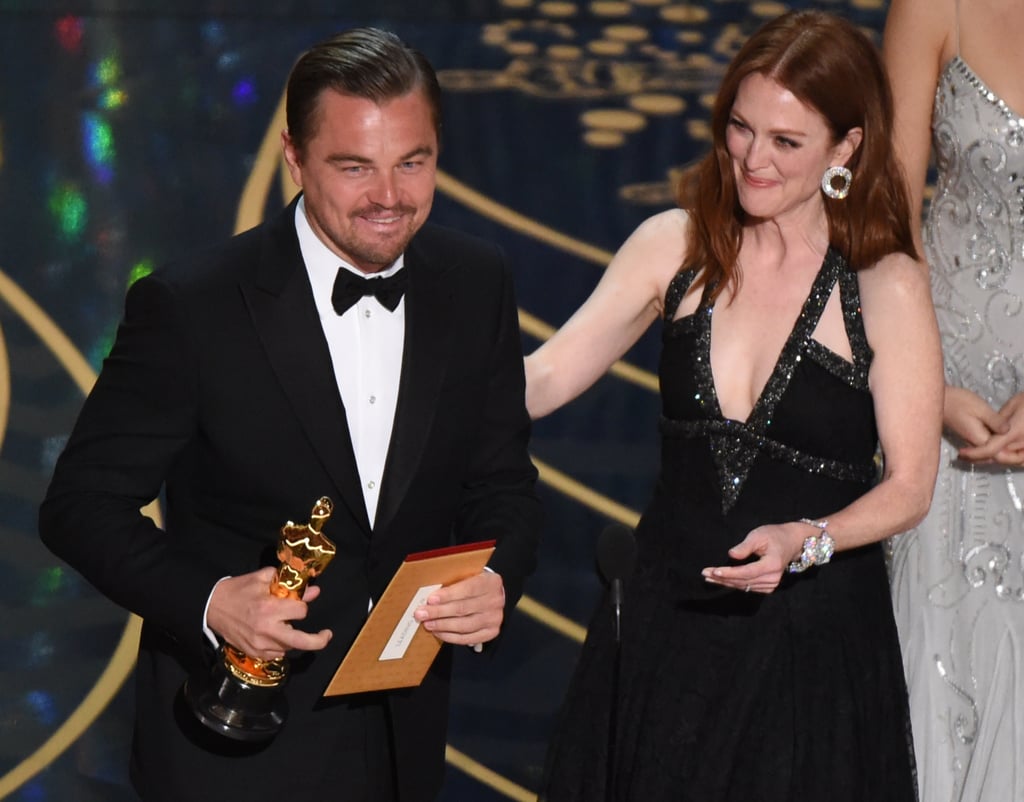 Let's all hope Leonardo DiCaprio doesn't quit acting now that he's won an Oscar. The star of The Revenant won best actor for his performance, and the world collectively sighed in relief. He has been nominated so many times! The Internet basically imploded, and his speech? Instant classic. Check out the entire play-by-play, up until he got his Oscar engraved!