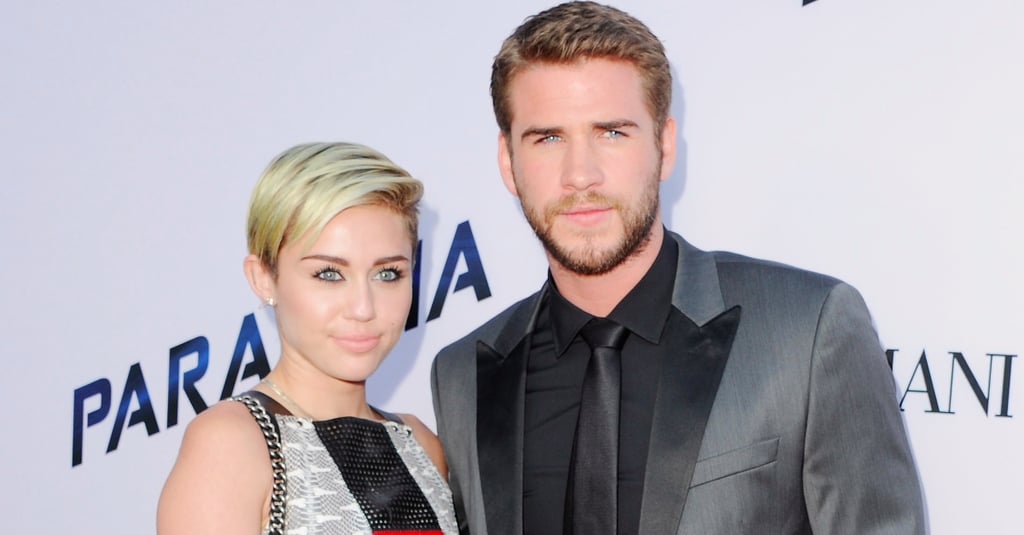 Liam Hemsworth is speaking out on reports that he and Miley Cyrus have gotten re-engaged. In an interview with Australian outlet TV Week that was conducted on March 31, the actor reportedly denied the rumours, saying, "I am not engaged, no," when asked if he and Miley had picked back up where they left off in 2013. The couple was first rumoured to have rekindled their romance earlier this year; Miley reportedly spent the holidays with Liam and his family in Australia, and has been wearing the engagement ring he gave her since January.

Despite seeing them out and about separately over the past few months, it wasn't until last week that Miley and Liam were actually spotted out together — they looked happy and relaxed while leaving lunch with Liam's brothers, Chris and Luke, in LA on Friday, and just days later, they were seen attending the Hollywood premiere of Chris's new movie, The Hunstman: Winter's War. Look back on all the other times Miley and Liam have talked about each other in the press.