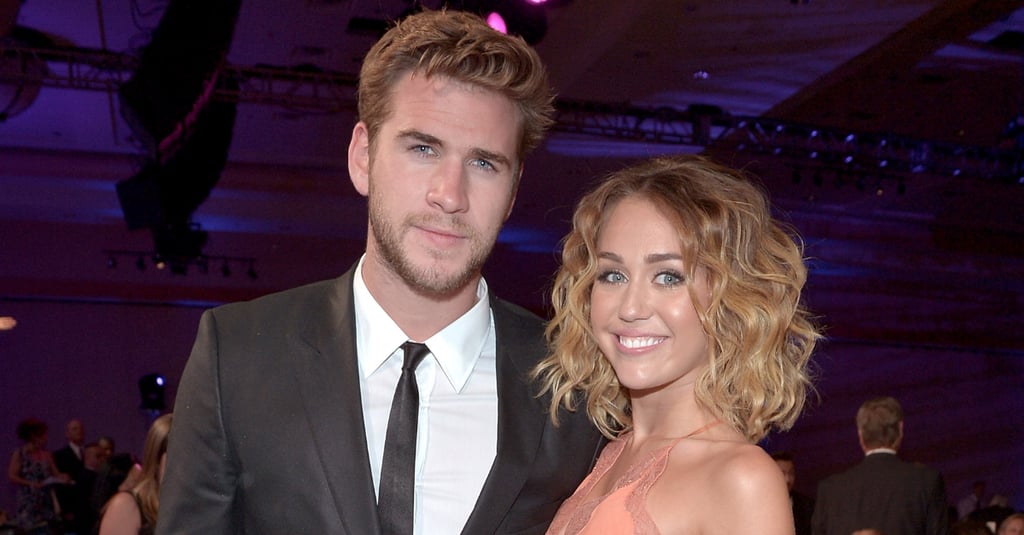 If you had any doubts before about Miley Cyrus and Liam Hemsworth definitely being back together, those are about to go out the window. After stepping out together for the first time since reconciling on Friday, the pair quietly attended the LA premiere of The Huntsman: Winter's War on Monday. While Liam's brother Chris showed major PDA with his wife, Elsa Pataky, Liam and Miley opted to skip the red carpet altogether and head inside.

They may have tried to keep a low profile during the screening, but one lucky fan was quick to snap a picture with both stars. Another observer told Us Weekly that they left hand in hand before the lights even flipped back on at the end of the movie. "They were smiling and looked happy to be together," the source added. "Miley [was] looking adoringly up at Liam as he led her out of the theater." See the fan's pictures below, and then check out a full timeline of the pair's relationship.