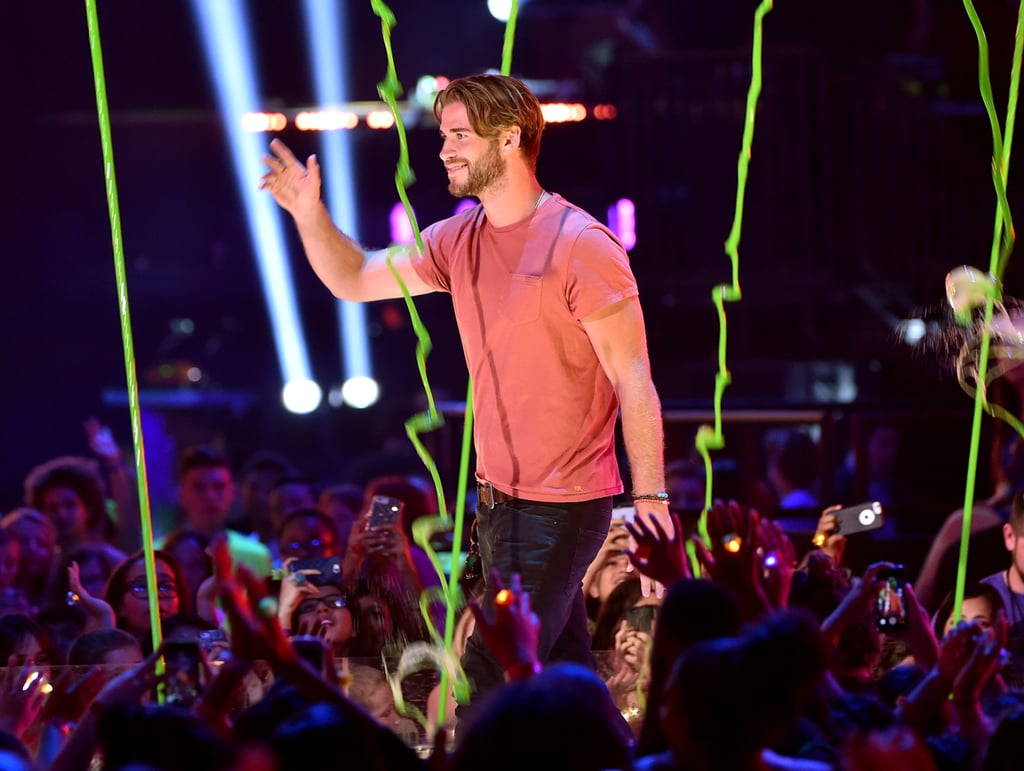 Liam Hemsworth made an appearance at the Nickelodeon Kids' Choice Awards on Saturday night at the Forum in LA, where he picked up the award for favourite male action star for The Hunger Games: Mockingjay — Part 1 from Kevin James and Kaley Cuoco. His costar Jennifer Lawrence won favourite female action star for her role in the film, though she wasn't on hand to pick up the award. Liam returned to the stage later in the show to grab the statue for favourite movie for the Hunger Games film on behalf of his costars. He managed to avoid getting slimed both times, but other stars weren't quite as lucky. Chris Pratt got covered in pie guts, and the cast of Modern Family got slime and a statue when they accepted the award for favourite family TV show. Check out all the famous faces at the Kids' Choice Awards, and then see what everyone wore!