Lily Allen danced around the stage in a tiny outfit and interesting jewellery at the Gold Coast leg of the Big Day Out festival in Queensland, Australia this week. She's been enjoying bikini time while she's in the Southern Hemisphere, but hasn't been in a happy mood the whole time, as she was reportedly rude to fans and photographers on arrival in Brisbane. There is some great news that will bring a smile back to Lily's face, though: she's been nominated for three Brit awards in the British Female Solo Artist, British Album and British Single categories. 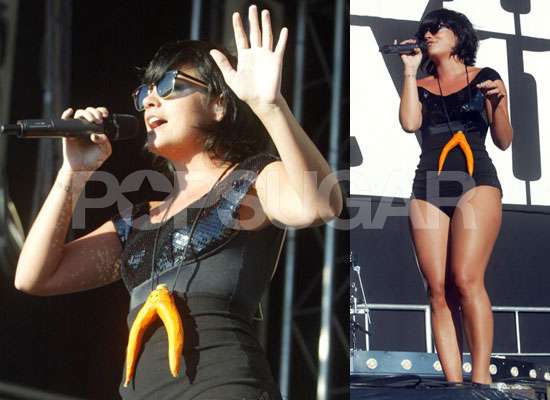