Lily Allen has apparently been speaking out about her fellow celebs again, and this time she has old foe Cheryl Cole in her firing line, her husband Ashley and their fellow footballing couple Victoria and David Beckham. Speaking to French football mag SoFoot, she seemed to really let rip at them, and I want to know what you think. Is she justified in saying these things, or do you think she's gone too far this time? Here's what she said: 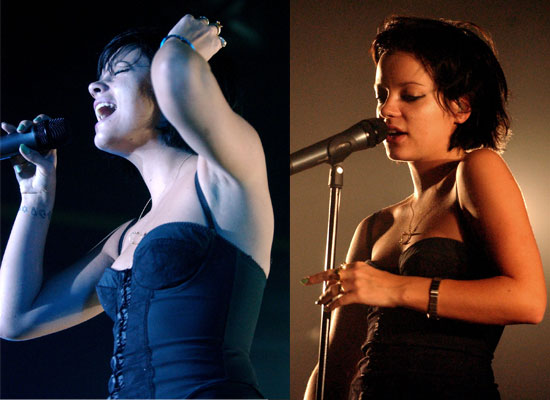 EDIT: Lily has refuted the reports that she said these things, saying she has never spoken to the publication which printed them. Thank goodness for that!