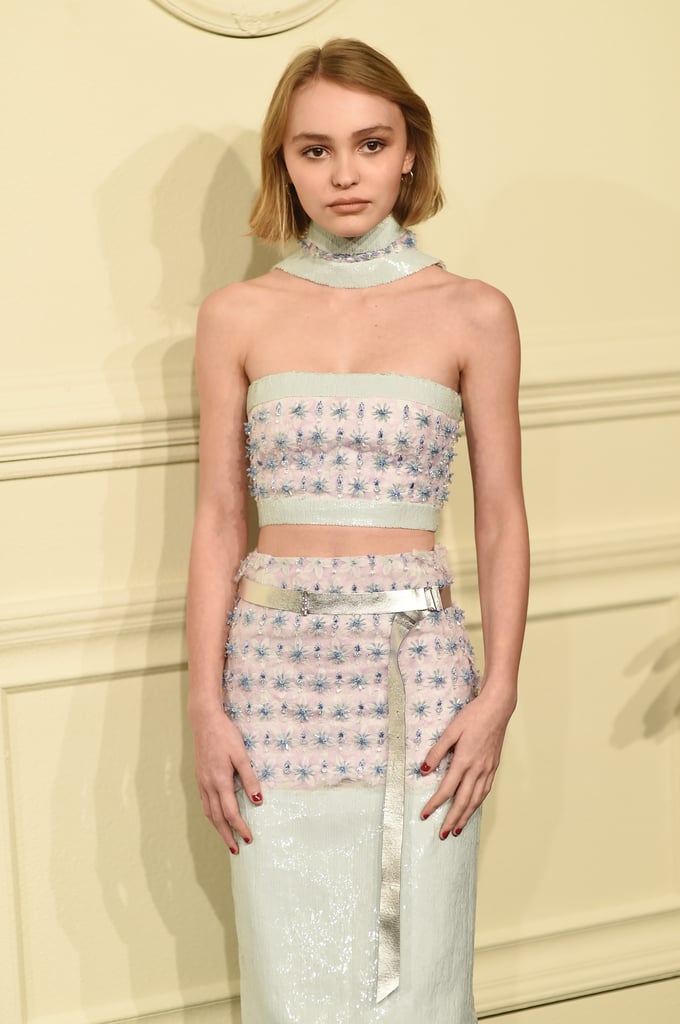 Lily-Rose Depp Is All Grown Up and Totally Gorgeous

Vanessa Paradis stepped out for the Chanel runway show in NYC on Tuesday night and was joined by a very special date — her 15-year-old daughter, Lily-Rose Depp. The stunning teenager posed for photos on the red carpet in a Karl Lagerfeld creation and bore a striking resemblance to both of her attractive parents, French model-actress Vanessa and her former partner, Johnny Depp. We haven't seen too much of Lily-Rose or her brother, Jack, over the years, as her famous parents have been notoriously private when it comes to raising their kids, but Lily-Rose does have a presence on social media; like most people her age, she has one interesting Instagram feed. Vanessa and Johnny split in 2012 after nearly 15 years of dating. The actor recently married Amber Heard in a private ceremony on his personal island in the Bahamas in February. Keep reading to see how much Lily-Rose and Vanessa favour each other, and see more stars who have look-alike kids!

Celebrity Style
Outfit Obsession: Lily-Rose Depp Makes a Bralette at the Chanel Show Seem Like an Obvious Choice
by Sarah Wasilak 2 weeks ago

Celebrity Kids
Ed Sheeran and Cherry Seaborn Welcome Their First Child: "We Are Completely in Love With Her"
by Sophia Panych 01/9