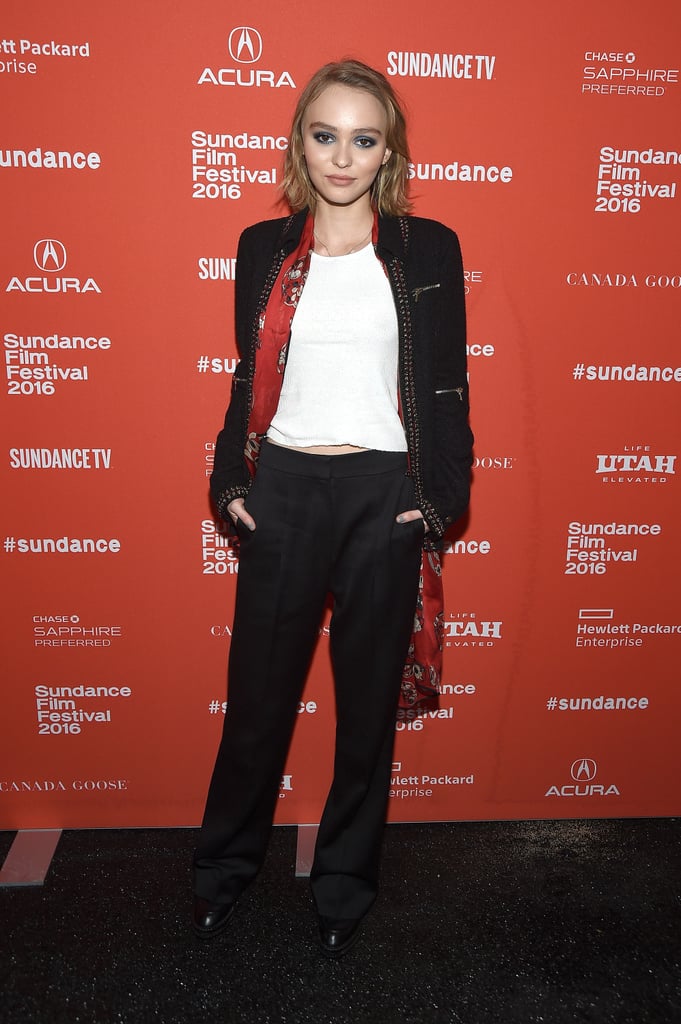 All eyes were on Lily-Rose Depp at the Sundance Film Festival on Sunday. The up-and-coming actress channeled her famous father, Johnny Depp, in a loose-fitting black suit at the premiere for her new film, Yoga Hosers, in Park City, Utah. At the event, Lily struck a handful of fun poses on the red carpet before linking up with her costar Harley Quinn Smith and director Kevin Smith. In the film, Lily and Harley play a couple of convenience store clerks, and if you saw Kevin's last horror movie, Tusk, you've actually already encountered these characters. Lily's latest appearance comes almost a week after we spotted her shoe shopping with her mum, Vanessa Paradis, in LA. Keep reading to see more photos of Lily, and then check out even more famous teens who are wise beyond their years.