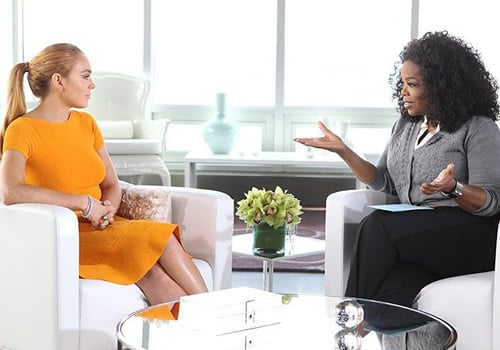 Lindsay Lohan sat down with Oprah Winfrey for Sunday's episode of Oprah's Next Chapter, and in the highly anticipated interview, she opened up about everything from her "chaotic family" to her struggles with drugs and alcohol. The actress, who has seen multiple arrests, court dates, and rehab stints over the years, completed her stay at a Malibu facility earlier this month and seems to be making a serious effort to get her life and career back on track. Lindsay's interview gave us a new look at the former child star, and in case you missed it, here are eight of the most revealing quotes from her Oprah's Next Chapter appearance:

Source: OWN
Here's What You Missed From Lindsay Lohan's Oprah Interview  originally posted on POPSUGAR Celebrity News
Around The Web