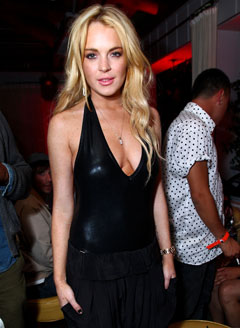 Lindsay Lohan is a free woman after she was released from the neuropsychiatric hospital at UCLA yesterday. Despite being sentenced to spend 90 days under medical care, she was able to leave after just 23. She was also able to exit jail early and spent only 14 days at the Lynwood Correctional Facility. It became clear that Lindsay would be allowed to go home early once the sentencing judge was removed from her case. Many of you aren't interested in hearing Lindsay's post rehab and jail story, but in the immediate future, Lindsay's likelier to spend time with her family while continuing outpatient treatment.