Last night the pilot of Lipstick Jungle aired on Living — that glossy New York setting felt oh so familiar but the faces (Brooke Shields, Kim Raver, Lindsay Price) were different. The series kicked off at New York fashion week, where — mostly — I wasn't really feeling Victory Ford's designs. And neither were the press. Ouch.

I've already shared a few of my thoughts on the first episode, but as I watched the show again, a few more things struck me. Do jump in with your own thoughts in the comments! 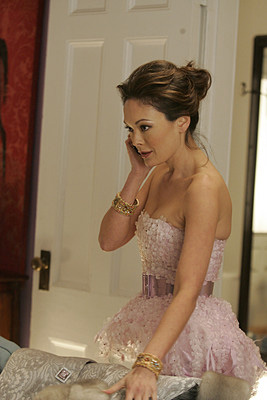 What did you think? Will you give it another episode to make an impression (if it hasn't yet)? And which character's story was the most interesting to you?