Filming for The Lone Ranger is finally underway, and producer Jerry Bruckheimer was kind enough to tweet this amazing photo from the set! As you can see, Armie Hammer looks dashing as the masked man, but it's Johnny Depp as his Native American sidekick, Tonto, that is the real treat here. Gore Verbinski's film won't hit theaters until Spring 2013, which is good since it's going to take me a while to process that crow headgear. 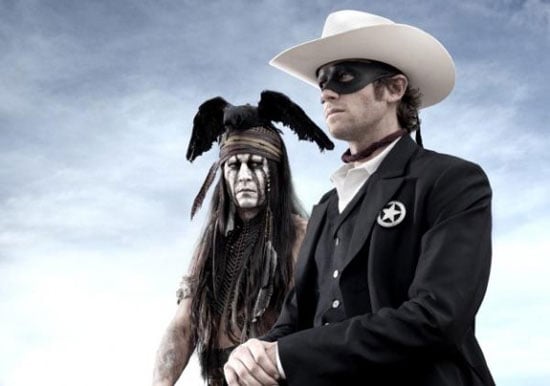