October brought us a taste of Jerry Bruckheimer's latest when the first trailer for The Lone Ranger dropped. Now, we get a much more revealing look at the film, starring Armie Hammer as the Western hero and Johnny Depp as his faithful sidekick, Tonto, in a more extensive second trailer. We meet John Reid (aka The Lone Ranger) as he wakes up disoriented and dirty on a watchtower in the middle of the desert, apparently because Tonto buried him. His resurgence from the (literal) grave makes Tonto believe he is some kind of spirit walker, a man who cannot be killed in battle. Because they are both proclaimed justice seekers, they elect to "ride together." 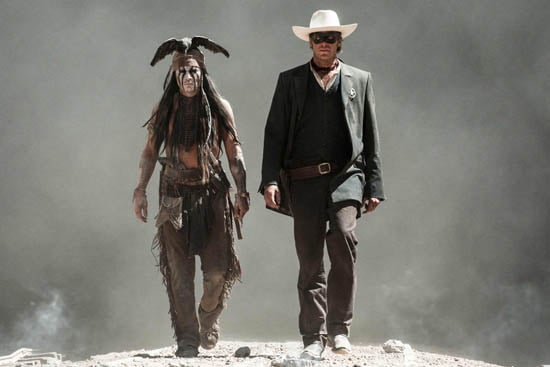 Whereas the first trailer foreshadows how the invention of the railroad will affect the West and bring greedy villains to power, this preview has a lot more information about the heroic pair themselves. I already like the two together, and I can't wait to see whether or not Hammer can carry a lead role next to documented scene stealer Depp. The Lone Ranger is set to open July 3, and you can watch the trailer after the jump.

Entertainment News
Johnny Depp to Direct "Modigliani" Biopic, His First Return Behind the Camera in 25 Years
by Njera Perkins 14 hours ago