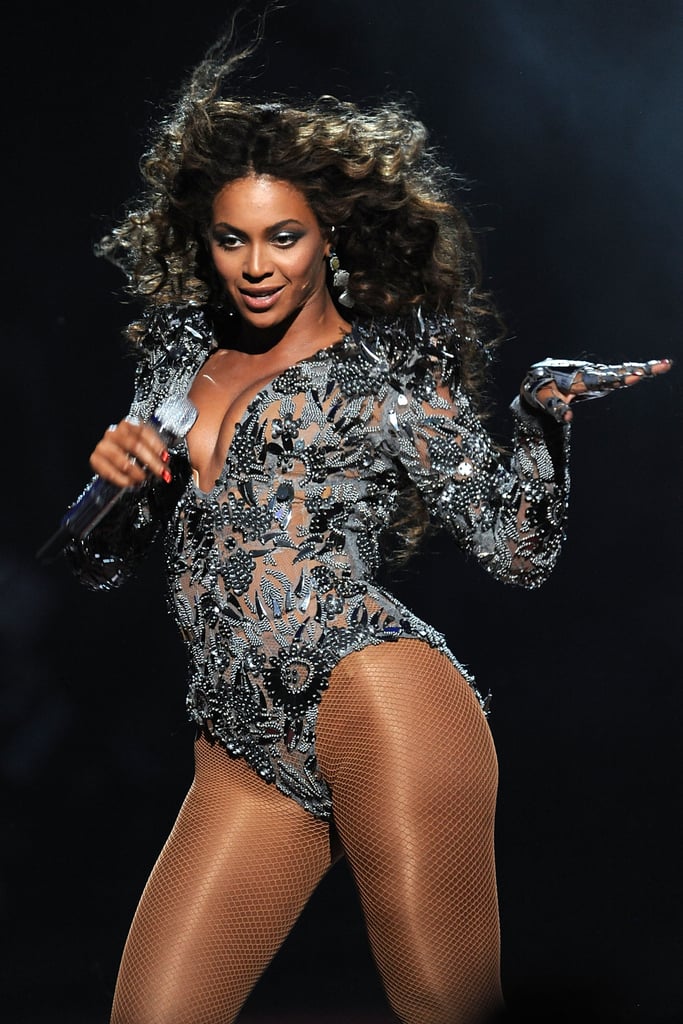 Beyoncé was recognised with the Michael Jackson video vanguard award at the MTV Video Music Awards in 2014, and the honour couldn't have come at a more perfect time. After a hugely successful year — thanks to a Billboard No. 1 charting album, blowout Super Bowl halftime-show performance, and not one but two sold-out tours — Queen Bey was perfectly poised to receive the award, which was rightfully named after one of her biggest inspirations as an entertainer. Not only was she presented with her gold Moonman by husband Jay Z and their daughter, Blue Ivy Carter, but Beyoncé also performed an epic 16-minute medley of her surprise visual album to a packed house of celebrity fans. It was, to say the least, an incredible night.

Since gaining fame as a member of Destiny's Child in the late '90s, Beyoncé has been a fixture at many VMAs ceremonies and has taken the stage multiple times to perform, present, and accept trophies. From her first time walking the red carpet with Jay Z to being caught in the middle of a controversial moment between Taylor Swift and Kanye West to her epic pregnancy announcement after a 2011 performance of "Love on Top," we're taking a trip down memory lane with Beyoncé's most memorable VMAs moments over the years. Before the big show next Sunday, look back on the singer's most memorable VMAs moments.