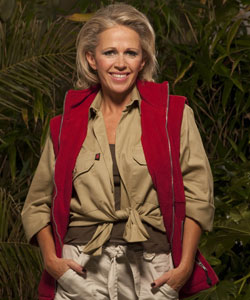 Lucy Benjamin has become the first contestant to be voted off I'm a Celebrity Get Me Out Of Here by the public. She was up against Samantha Fox and Gino D'Acampo, and with the viewers voting to save their favourite, she received the least number of votes and therefore left the jungle last night.

Her departure was overshadowed by Katie Price quitting and then announcing live on air that she had broken up with Alex Reid. This meant that poor Lucy's interview with Ant and Dec was cut short! She also didn't have her interview on the programme's sister show, as they were speaking with Kate instead, but she will get her moment on tonight's ITV2 installment.

Now we're voting to save our favourite celebrity out of all the remaining contestants: who do you hope stays in, and who do you want to see voted off next?