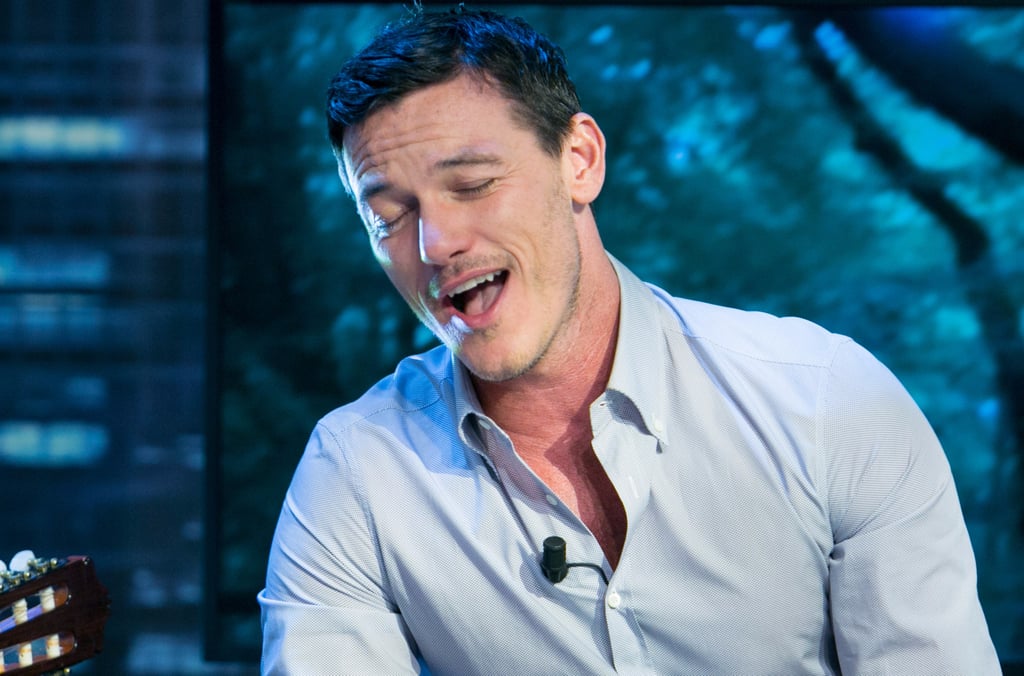 Luke Evans is pretty much a real-life Gaston, except he's nice and doesn't eat raw eggs or use antlers in all of his decorating — or so we think — but he can pretty much do it all, which is exactly what LeFou sings about in Beauty and the Beast when talking about his BFF Gaston.

Even though Luke has made a major name for himself as an actor, appearing in the Hobbit trilogy, the Fast & Furious franchise (in three films thus far as Owen), and The Girl on the Train, the Welsh actor is actually a song and dance man . . . mostly song. If you've seen Disney's live-action Beauty and the Beast film, then you know Luke can sing, but we bet you didn't know that singing is actually what got him into show business in the first place.

Back in 2016, Luke appeared on Harry Connick Jr.'s talk show, Harry, and told the audience all about his musical background. He revealed that when he was 16 years old, he left school and began taking singing lessons. This eventually led to him auditioning for the London Studio Centre and winning a scholarship, which gave him a chance to become a professional singer.

"I've sung all my life. It's all I ever wanted to do was sing," Luke told the talk-show host at the time. When he won the scholarship in London, it changed everything. "At that point was doing it for myself," he explained about life before his musical education. "Then I started singing and I did musical theatre in the West End for nine years." OK, now it all makes sense. Luke was made for playing Gaston based on his musical theatre background, which included performing in shows like Rent in London for years.

The best part about Luke's love of singing is that even when he's not in a musical movie, he is singing. Sometimes he performs on talk shows, other times he breaks into song at a movie premiere; you never know when he'll burst into song. The even better part is that we've rounded up Luke's best music moments — not including his onscreen musical brilliance as Gaston — for you to sing along to and gush over. You're welcome!