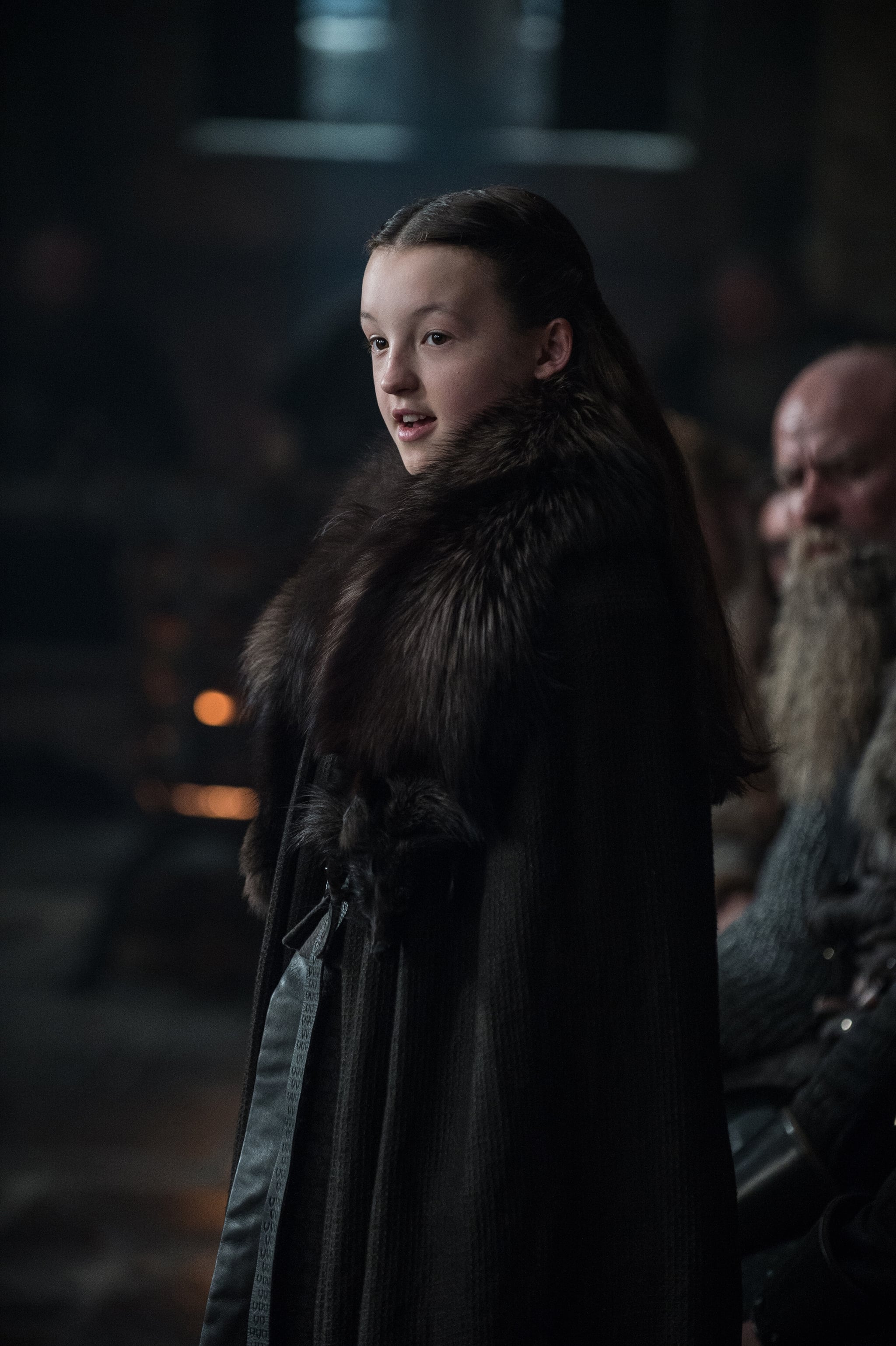 This year's biggest feminist icons aren't even real people. Now that Wonder Woman has kicked some satisfying ass, the women of Game of Thrones are here to join the party. The HBO drama has always been jam-packed with badass lady power, but the female characters are the real heroes of season seven. After all, let's look who's in power: Cersei Lannister is on the Iron Throne, and Daenerys Targaryen is preparing to usurp her. Olenna Tyrell is clearly running the show in Highgarden, while Ellaria Sand has pretty much seized Dorne. Even Jon Snow would have been vanquished at the Battle of the Bastards without the help of the inimitable Sansa Stark, who shows up with the Knights of Vale in tow. And then there's our favourite little firecracker, Lyanna Mormont.

For all the sizzling power of the women in the season premiere, Lyanna may have had the most epic shutdown. Early on in the episode, Jon Snow is acting as the new King of the North and addressing all of his major allies in a huge town hall sort of meeting. At one point, he suggests preparing everyone for battle, including the women and young girls of the North. Lord Glover, a man who clearly doesn't know any better, opens his big whiny mouth: "You expect me to put a spear in my granddaughter's hand?"

Before Jon Snow can even answer, Lyanna stands up and fires off a devastating clapback: "I don't intend to knit by the fire while men fight for me," she says. "I might be small, Lord Glover, and I might be a girl, but I am every bit as much a Northerner as you. And I don't need your permission to defend the North. We'll begin training every man, woman, boy, and girl on Bear Island." If anyone in Westeros knew the impact of snapping in a Z formation, this would have been the moment to do it.

Line of Duty
Line of Duty: Who is DCI Jo Davidson Related To?
by Sophia Panych 8 hours ago

Line of Duty
Line Of Duty: Episode 4 Was Full of Big Revelations, Including Confirmation of a Major Fan Theory
by Lucy Wigley 9 hours ago