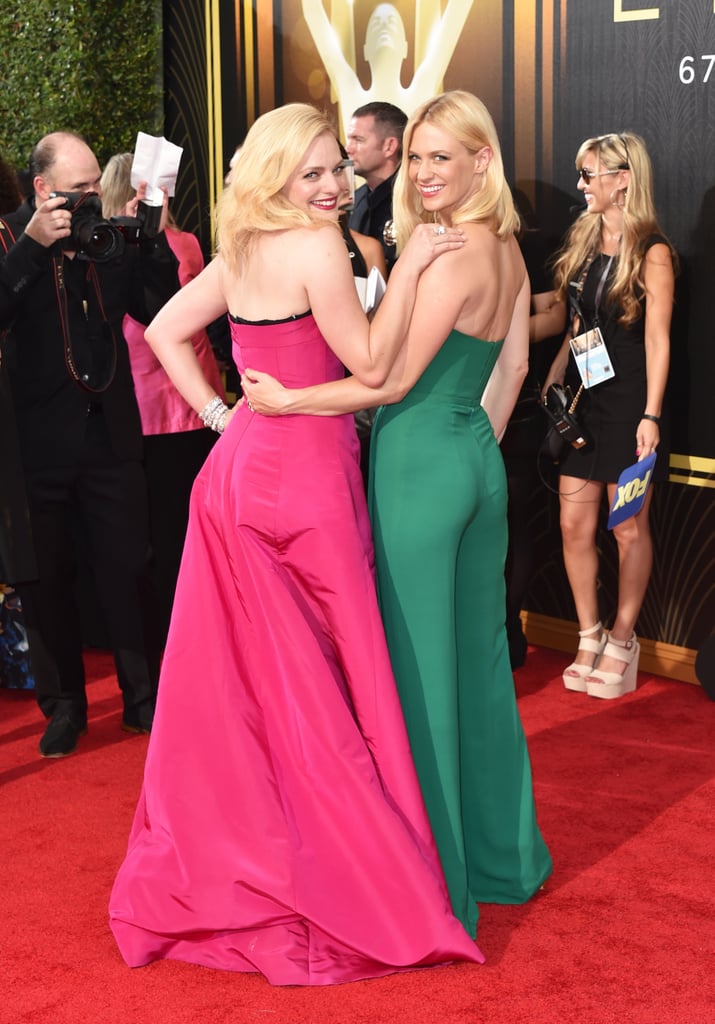 The Mad Men Cast Makes Their Last Emmys Appearance Ever

The cast of Mad Men stepped out in style for the Emmy Awards on Sunday, marking their last time attending the ceremony for their hit AMC show. January Jones and Elisabeth Moss met up on the red carpet, while Christina Hendricks posed in a long-sleeved embellished gown. One of the shows youngest stars, Kiernan Shipka, showed off her edgy-cool stylea Dior couture outfit. Inside, newly single Jon Hamm sat with his costars and also took part in host Andy Samberg's hilarious opening video. Keep reading to see all the photos from the Mad Men cast's final night at the Emmys.