Mad Men will finally return on March 25 after 17 months of hiatus, but the cast and crew of the AMC series have been incredibly tight-lipped about what's to come for Sterling Cooper Draper Pryce. That is, until now. In the latest issue of Entertainment Weekly, we finally get some details about what we can expect from Don's engagement, Joan's pregnancy, and the rest of the cast. Here are more details about Mad Men's fifth season: 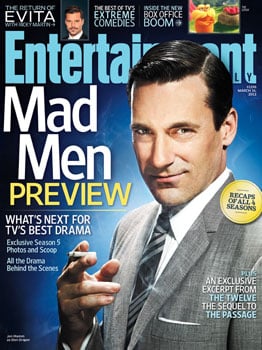