The Queens of Pop were in Paris last night, with Kylie at the Bercy and Madonna at the Olympia, rocking out on stage as she promotes Hard Candy around the world. Madonna reportedly told the crowd "I love to french the French" and, being a woman of action as well as words, she went ahead and kissed one of her female dancers. We may have been shocked when Madonna puckered up with Britney and Christina at the VMAs back in 2003, but I want to know how you feel about it now. So tell me: Madonna's on-stage female french kiss, do you love it or would you rather leave it? 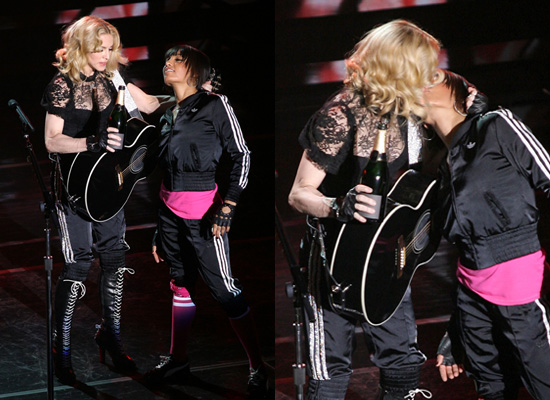