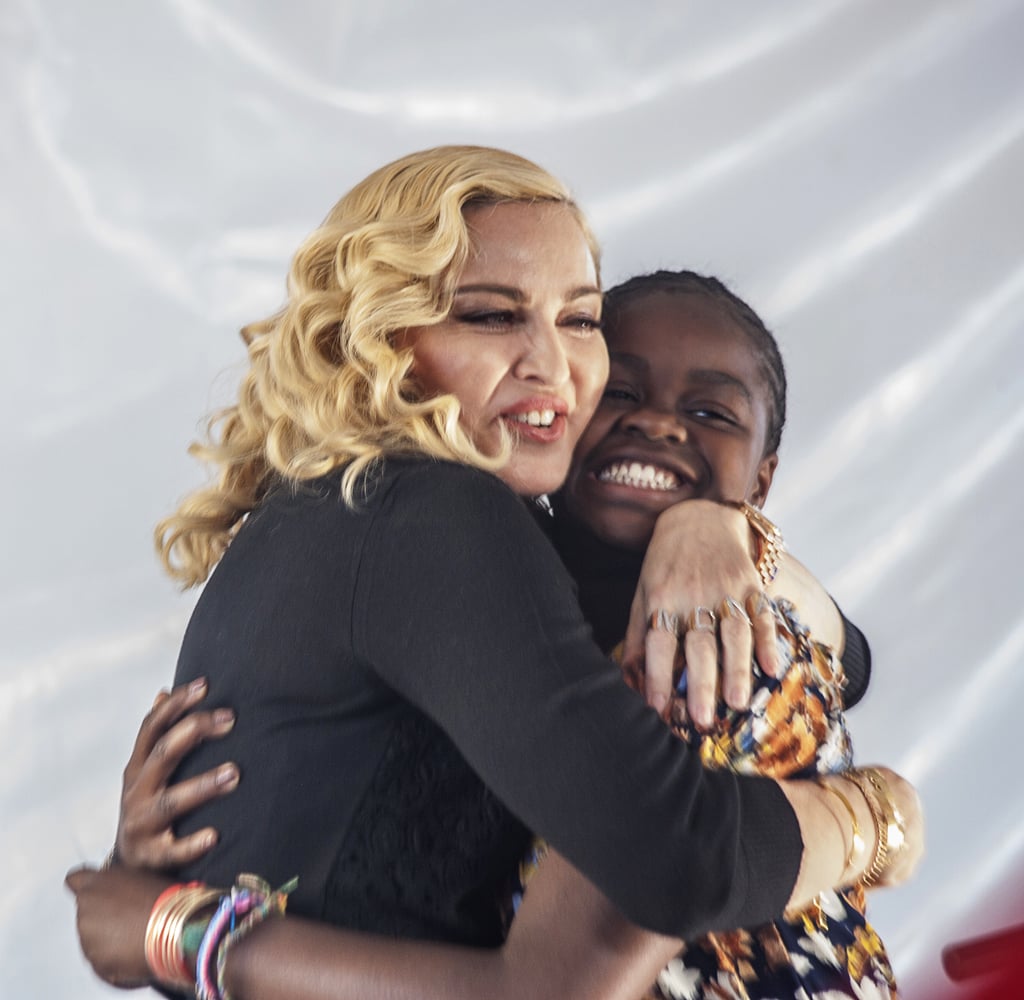 Madonna had five of her six children, sons Rocco and David and daughters Mercy, Estere, and Stelle by her side for the opening ceremony of the Mercy James Institute for Paediatric Surgery and Intensive Care at Queen Elizabeth Central Hospital in Blantyre, Malawi, on Tuesday. The singer took her four adopted kids back to their home country to celebrate the new paediatric-surgery wing, which was funded by her Raising Malawi charity and named after her 11-year-old daughter; Mercy addressed the crowd with a speech — calling her famous mum "the bomb" — and Madonna sweetly rested her head on David's head in their seats.

Madonna also addressed the audience with a heartfelt speech about her history with Malawi: "There are so many things I never imagined I will do. I never imagined one day I will build this kind of a hospital," she said, explaining that growing up without a mother herself has motivated her to give the best to Malawian children. She added: "Never give up on your dreams."

Madonna adopted 11-year-old David and Mercy in 2006 and 2007, respectively, and welcomed twins Estere and Stelle, 4, in February. President Peter Mutharika bestowed the pop star with a huge honour during the ceremony, declaring, "You started by adopting four Malawian children, now we are adopting you as the daughter of this nation."