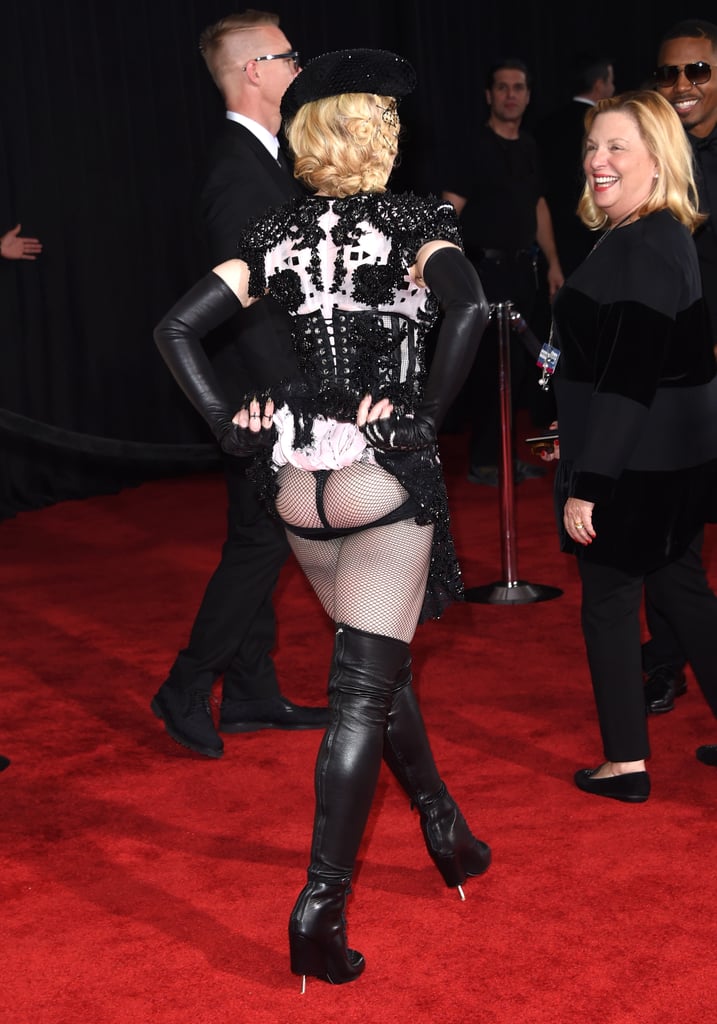 If you thought Madonna wouldn't shock you until her performance at Sunday's Grammy Awards in LA, she proved you wrong. After making a flirty and feisty arrival in a revealing outfit that can only be described as matador chic, the singer picked up the backside of her corset and dress combo, flashing her butt at all the cameras on the star-studded red carpet. Cheeky stunts aside, it was a massive night for the singer, as she returned to the Grammy stage one year after giving us heartfelt moments with Macklemore & Ryan Lewis. The queen of reinvention gave a high-energy performance of her new single "Living For Love," the confusing music video for which she released on Snapchat this week. Keep reading to see Madonna on the red carpet, and then sound off on her glamorous outfit in our fashion poll.