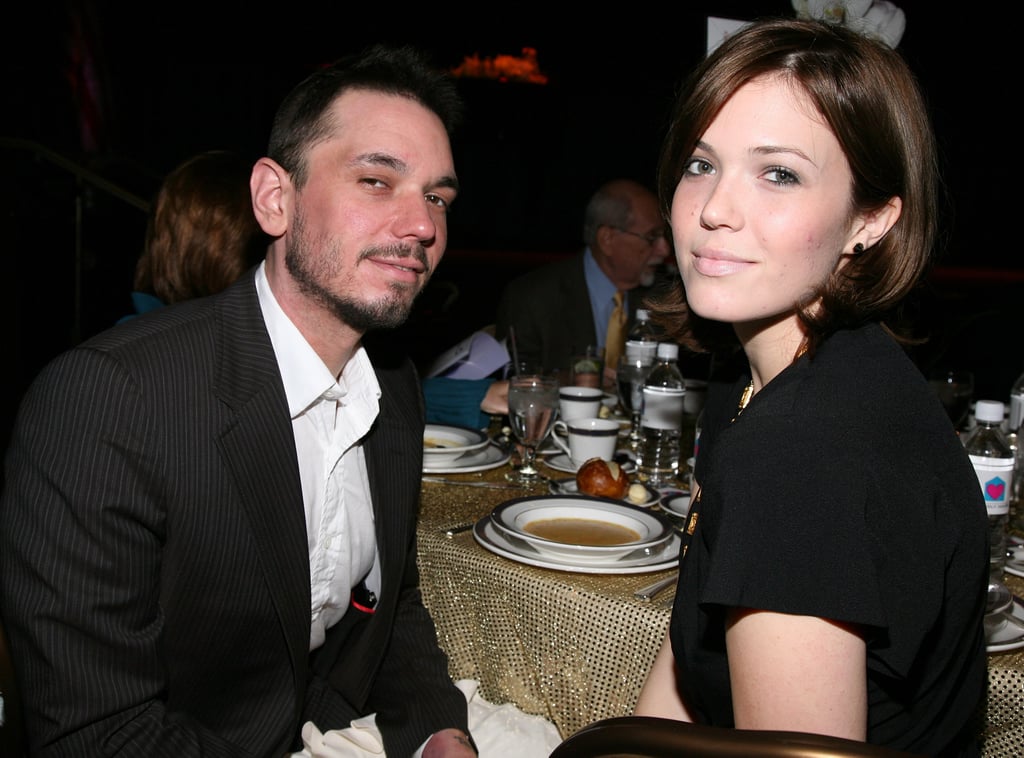 Monday marked the nine-year anniversary of Adam "DJ AM" Goldstein's shocking death, and ex-girlfriend Mandy Moore made sure everyone knew she was keeping him in her thoughts. The This Is Us star, 34, shared a sweet photo of the late deejay casually leaning on a couch and looking into the camera on Instagram, captioning the intimate shot, "9 years. I miss you every day, Adam. #djam."

Mandy and Adam were friends for years before they began dating in early 2007 after sparks flew at a New Year's Eve party in Miami, and enjoyed a number of adorable outings together until they split a few months later in March of that same year. Despite parting ways romantically, the pair remained good friends. After Adam survived a deadly plane crash with Blink-182 drummer Travis Barker, Mandy even rushed to the Joseph Still Burn Centre in Georgia where he was being held to visit him.

Adam was found dead from a drug overdose at age 36 in his home in New York City on Aug. 28, 2009, and Mandy has paid tribute to him on social media multiple times over the last few years. In 2015 she posted a photo of him performing, writing, ""This guy. One of a kind. Been on my mind a lot lately . . . I can still hear your laugh and oh man, I miss your hugs more than anything . . . I'm still at a loss."

See Mandy's tributes to her friend and ex-boyfriend, as well as photos of the former couple, ahead.

Related:
63 Celebrities We Had to Say Goodbye to in 2018
Previous Next Start Slideshow
Celebrity InstagramsCelebrity CouplesMandy Moore
Around The Web

The Royals
Meghan Markle's Friends Are Coming to Her Defence: "Find Someone Else to Admonish"
by Monica Sisavat 20 hours ago