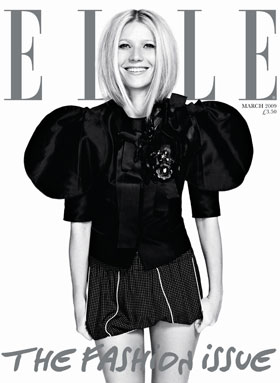 Gwyneth Paltrow takes centre stage on the cover of March's issue of Elle magazine. She sat down with the magazine to talk fashion, appearance and image as well as opening up a little about her lifestyle and her husband Chris Martin.

Here are some excerpts from her interview:

To read more from Gwyneth on not attending red carpet events with Chris, and her thoughts on her appearance and fashion, just read more.

The full interview is in the March issue of Elle magazine, out now!