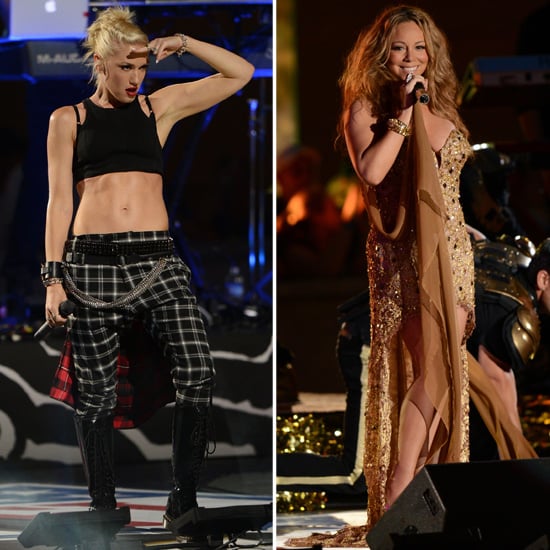 Mariah Carey and Gwen Stefani Kick Off the NFL Season

Mariah Carey and Gwen Stefani kicked off the NFL season with live performances at Rockefeller Center last night. Gwen showed off her abs in a cutoff shirt while rocking out with her band, No Doubt, for the pregame show that was televised before kickoff. Mariah had a special guest appearance during her portion of the concert — her dog joined her on stage! Afterward, the New York Giants went on to lose to the Dallas Cowboys at NYC's MetLife Stadium. Both Mariah and No Doubt have albums to promote. Mariah treated the crowd to the title track, "Triumphant (Get 'Em)," from her album due out next year, and Gwen and her bandmates performed their current single, "Settle Down," off Push and Shove, which will be released Sept. 25.

Celebrity Instagrams
Gwen Stefani and Blake Shelton May Be an Unlikely Pair, but Their PDA Speaks Volumes
by Britt Stephens 16/6