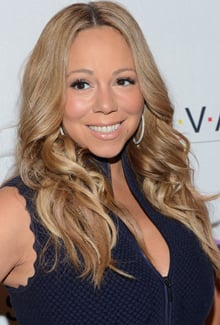 American Idol has been a bit of a mess since Steven Tyler and Jennifer Lopez announced that they were leaving, but the reality competition just snagged a huge new celebrity judge: Mariah Carey. Fox president Kevin Reilly announced this morning that Mariah has inked a deal to sit on the judges' panel next year, and the songstress confirmed it herself on the phone, saying, "I'm so excited to be joining Idol. I can't wait to get started in a couple months. I will see you in January!" Mariah will easily fill the seat left by Jennifer Lopez, and I think she'll provide a much-needed breath of fresh air to the show. The speculation continues on who the third judge will be, but for now, how do you feel about Carey joining the show?