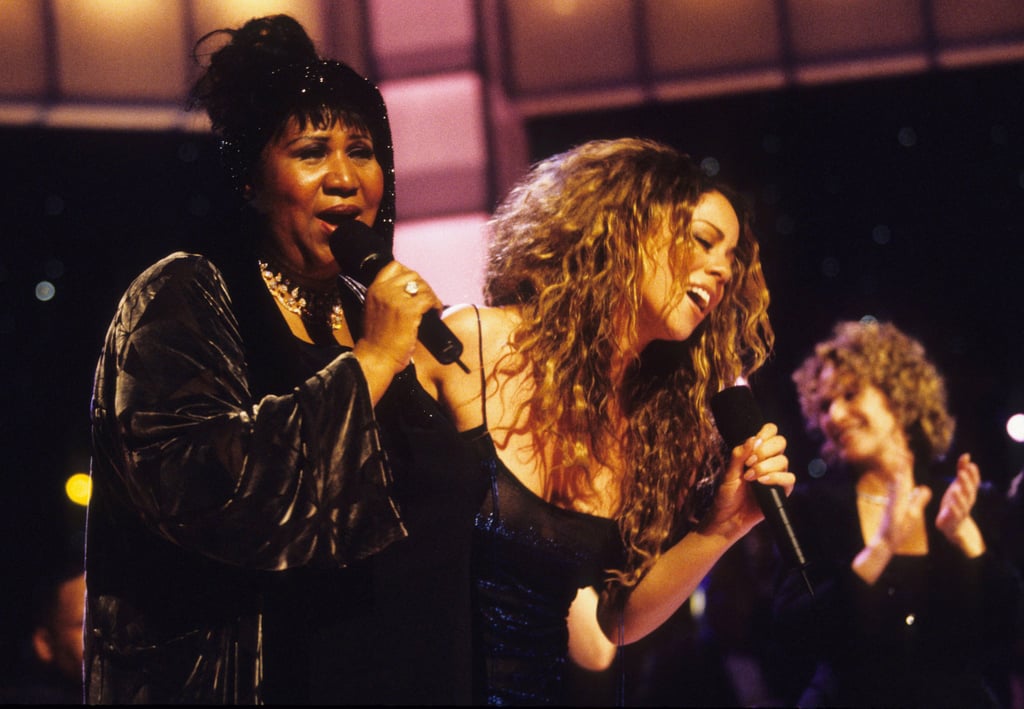 Aretha Franklin's death has elicited heartfelt messages and tributes from celebrities, and Mariah Carey's tearjerking social media statement is sure to make you emotional. I know this firsthand, because I began tearing up while reading it myself. For those unfamiliar, Mariah has always been vocal about her love and admiration for the Queen of Soul, whose legendary music career also influenced her own. The two hit the stage together for a now-infamous VH1 Divas Live duet in 1998 — crooning Aretha's hit "Chain of Fools" after only having rehearsed in her trailer hours earlier — and even became close friends.

After the news of Aretha's passing broke on Thursday, Mariah shared her emotions in a series of tweets. "You were my inspiration, my mentor and my friend," she wrote. "You showed me I could sing the songs I wanted to sing and bring God with me." Mariah went on to praise Aretha's "indelible impact" and "bigger than life personality, wit and humour." Keep reading to see Mariah's sweet tribute messages, then watch her performance with Aretha to get even deeper in your feelings today.

Related:
A Look Back at Aretha Franklin's Soulful 76 Years of Life — in Pictures
Previous Next Start Slideshow
Celebrity DeathsCelebrity TwitterAretha FranklinMariah Carey
Around The Web

Rege-Jean Page
SNL's "Drivers Licence" Skit Was So Good, Olivia Rodrigo Herself Is "Shaking"
by Monica Sisavat 2 weeks ago

Celebrity News
Celebs React to the Death of Christopher Plummer: "He Was a True Gentleman"
by Grayson Gilcrease 06/2