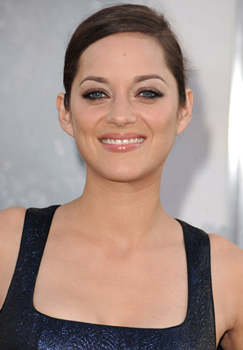 Christopher Nolan must really love his Inception cast: Marion Cotillard is in talks to join The Dark Knight Rises, just steps behind her costars Tom Hardy and Joseph Gordon-Levitt, who have already signed on. There's no confirmation on who Cotillard will play, but the rumoured role is Thalia Al Ghul, the daughter of the character Liam Neeson played in Batman Begins.

Though her name hasn't always been in the mix, all signs are pointing to the fact Cotillard will be the lucky lady to play Batman's love interest, alongside Anne Hathaway as villain Catwoman. As the latest star to sign on for what may be director Nolan's last Batman film, how do you feel about the French Oscar winner as Bruce Wayne's next love?