Sooooo.....
Look who I found looking over my shoulder in a painting on the wall of my London hotel room. 😍
Coincidence? I DON'T THINK SO!#AlwaysWithMe pic.twitter.com/QAJo3g4XCo

Mark Hamill and Carrie Fisher had a friendship for the ages. The Star Wars costars maintained a close decades-long bond until Carrie's untimely death in 2016. In a recent crazy coincidence — which Mark is asserting isn't a coincidence at all — the actor checked into a hotel room and immediately spotted a painting that very closely resembles the silhouette of Carrie's Princess Leia, specifically her iconic hairdo.

In his tweet, Mark shared pictures of himself with the painting and wrote, "Look who I found looking over my shoulder in a painting on the wall of my London hotel room." He added the heartwarming hashtag, "#AlwaysWithMe."

The actor recently memorialized the one-year anniversary of Carrie's death on Dec. 27 with another touching tweet. Along with several pictures of the late actress, Mark quoted a line from Star Wars: The Last Jedi, "No one's ever really gone," which was actually uttered by Carrie in the movie.

The Harder They Fall
Aww! JAY-Z Had the Purest Reaction When He Spotted Kelly Rowland at His Movie Screening
by Monica Sisavat 5 days ago

Award Season
Bust Out the Fruit Wine! The Schitt's Creek Cast Had a Sweet Reunion at the Emmys
by Monica Sisavat 20/9 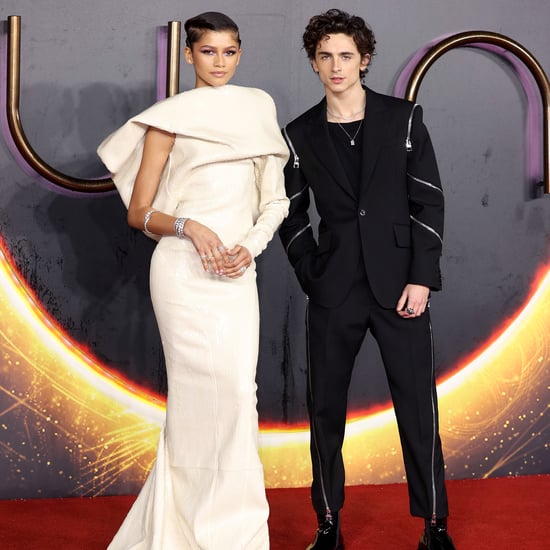