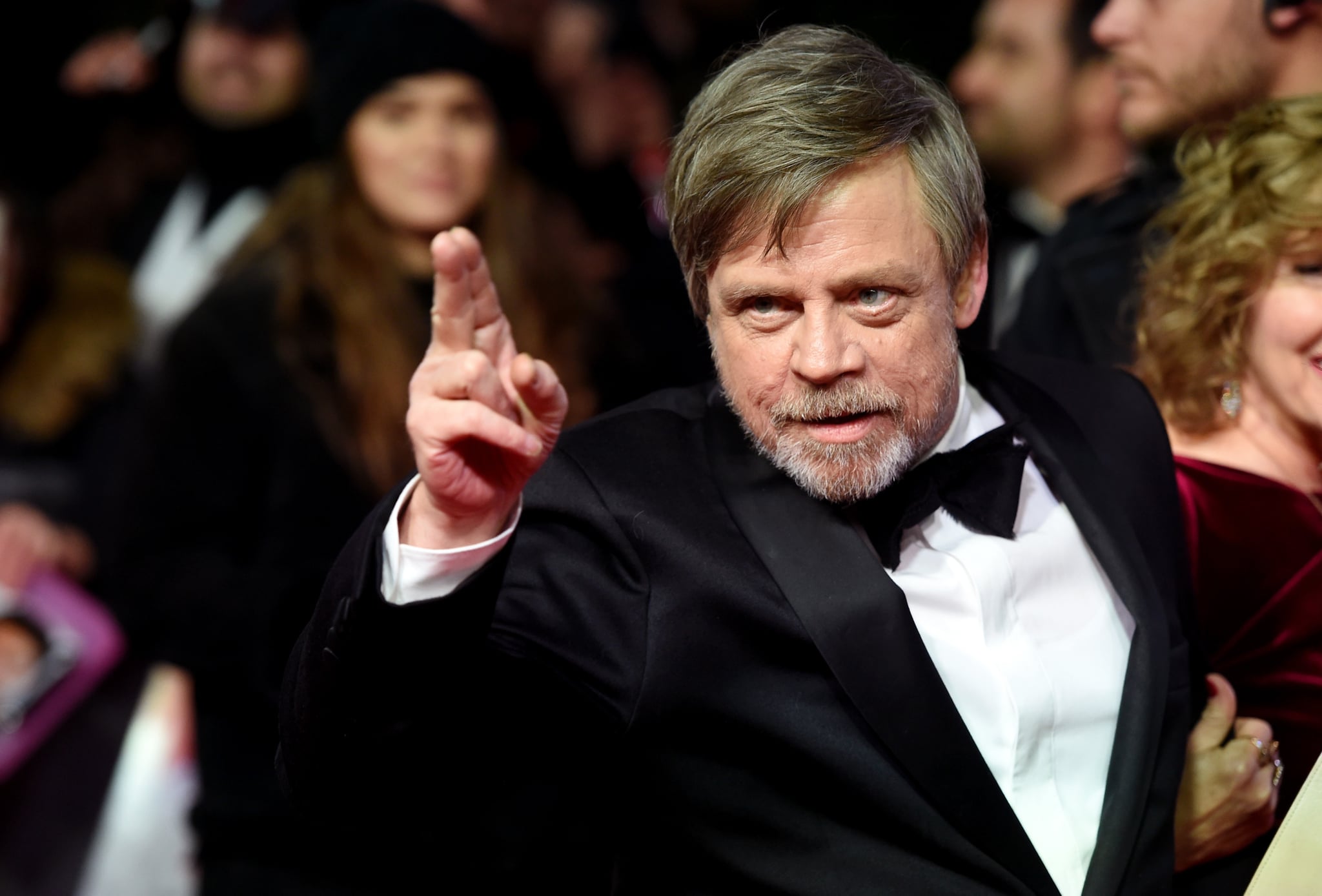 Today in "wait, how on earth did this not happen, like, 30 years ago?" news, Mark Hamill is (finally!) being awarded with his very own star on the Hollywood Walk of Fame. The 66-year-old actor, best known for his portrayal of Luke Skywalker in the Star Wars film series, will be honored at a ceremony on March 8, with Star Wars creator George Lucas and costar Harrison Ford there to celebrate, Variety reports.

Mark's reaction to the thrilling news was just as humble as you'd expect from the down-to-earth actor. He tweeted, "Can't say this is a dream come true because I was never foolish enough to think something like this could ever happen." Aw, Mark! He added, "When part of me doubts I deserve such an honor, I remind myself that someone got a 'Star' for just one crappy reality show."

Can't say this is a dream come true because I was never foolish enough to think something like this could ever happen. When part of me doubts I deserve such an honor, I remind myself that someone got a "Star" for just one crappy reality show. #BeyondGr8ful 🙏 https://t.co/CEzO0jdD3k

Hmm, I wonder who he was referring to in that last sentence . . . perhaps our president, who was awarded with a Hollywood star back in 2007 for his role in The Apprentice, an admittedly "crappy" TV show. A handful of Mark's Twitter followers caught on to his subtle yet effective shade, letting others know that he was, in fact, referring to Donald Trump.

I think he was making a tongue in cheek joke about Trumps star.

he's talking about you fkr @realDonaldTrump

I hope that they'll place your star on top of Trump's.

Others, however, were a bit too excited that he's finally getting the recognition he deserves to even worry about Mark's dig at Trump.

I’m gonna polish your star every time I see it. Congratulations, pal. VERY well deserved. You bring joy to this planet (and probably several others) every day.

Never doubt you deserve it. ❤️ You have given generations of children and adults hope, dignity and joy through your work. May the force be with you!

You have dedicated your life to entertaining people. You have always embraced your fans. You never gave up during the lean years and you have always kept your ego in check during the years of plenty. You are exactly the person the Hollywood Chamber of Commerce should honor.

Our fingers are crossed that Mark's Hollywood star is actually in the shape of the Death Star. How iconic would that be?!