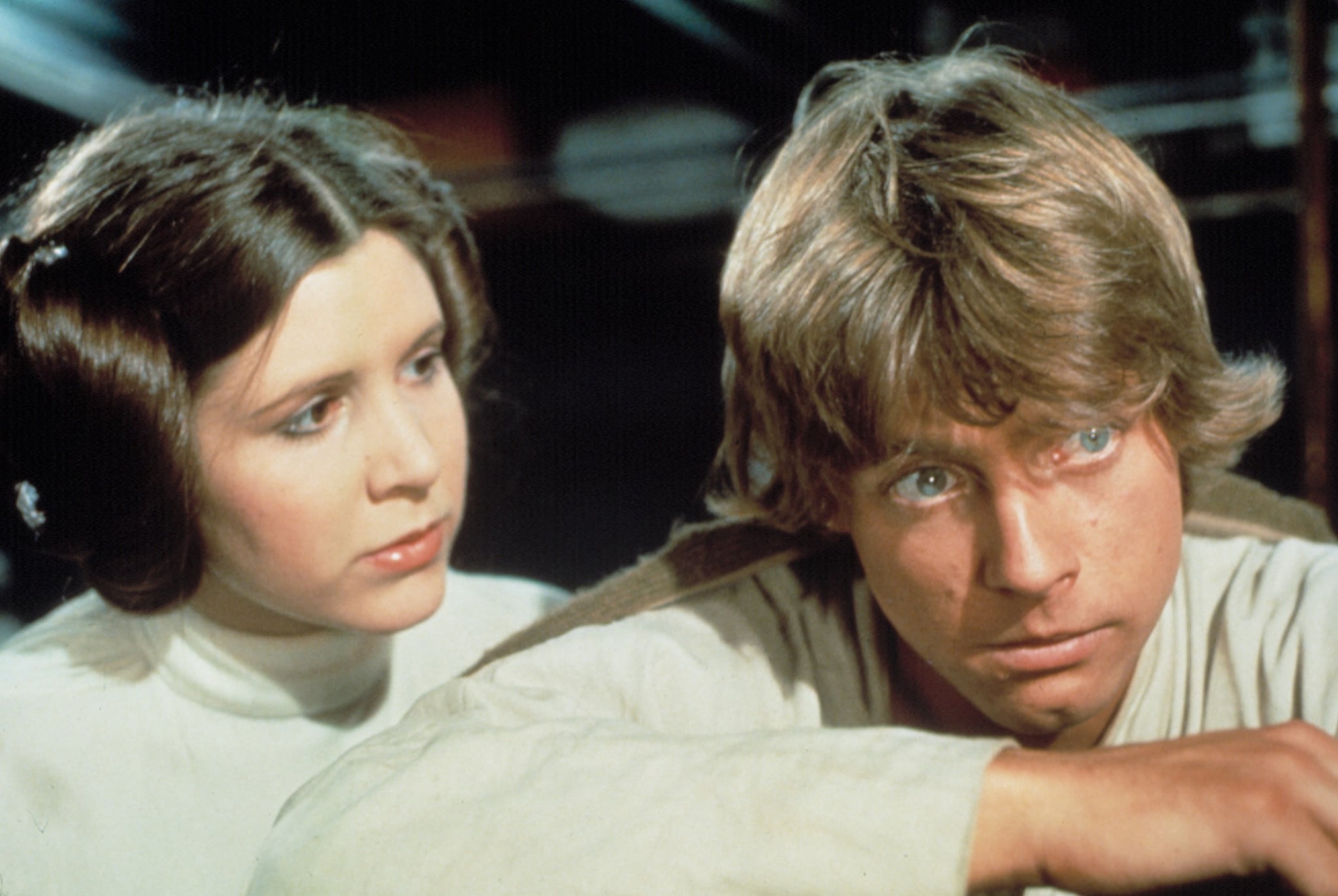 Carrie Fisher's death shocked the world on Tuesday, and while many celebrities have been reacting to the news on social media, her Star Wars costars have been hit especially hard. Mark Hamill has known the actress for decades, starring as her onscreen brother in the original trilogy, then again in The Force Awakens. Shortly after news broke of Fisher's death, Hamill tweeted a black-and-white photo of the two of them, commenting, "no words #Devastated."

Fisher suffered a heart attack on Dec. 23, and Hamill had posted a collage on Instagram that said "Dear Santa: All I want for XMas is for the Force to be strong with Carrie," along with a handful of tearful hashtags, "#CarrieChristmas #SpaceSiblings #StarWars."