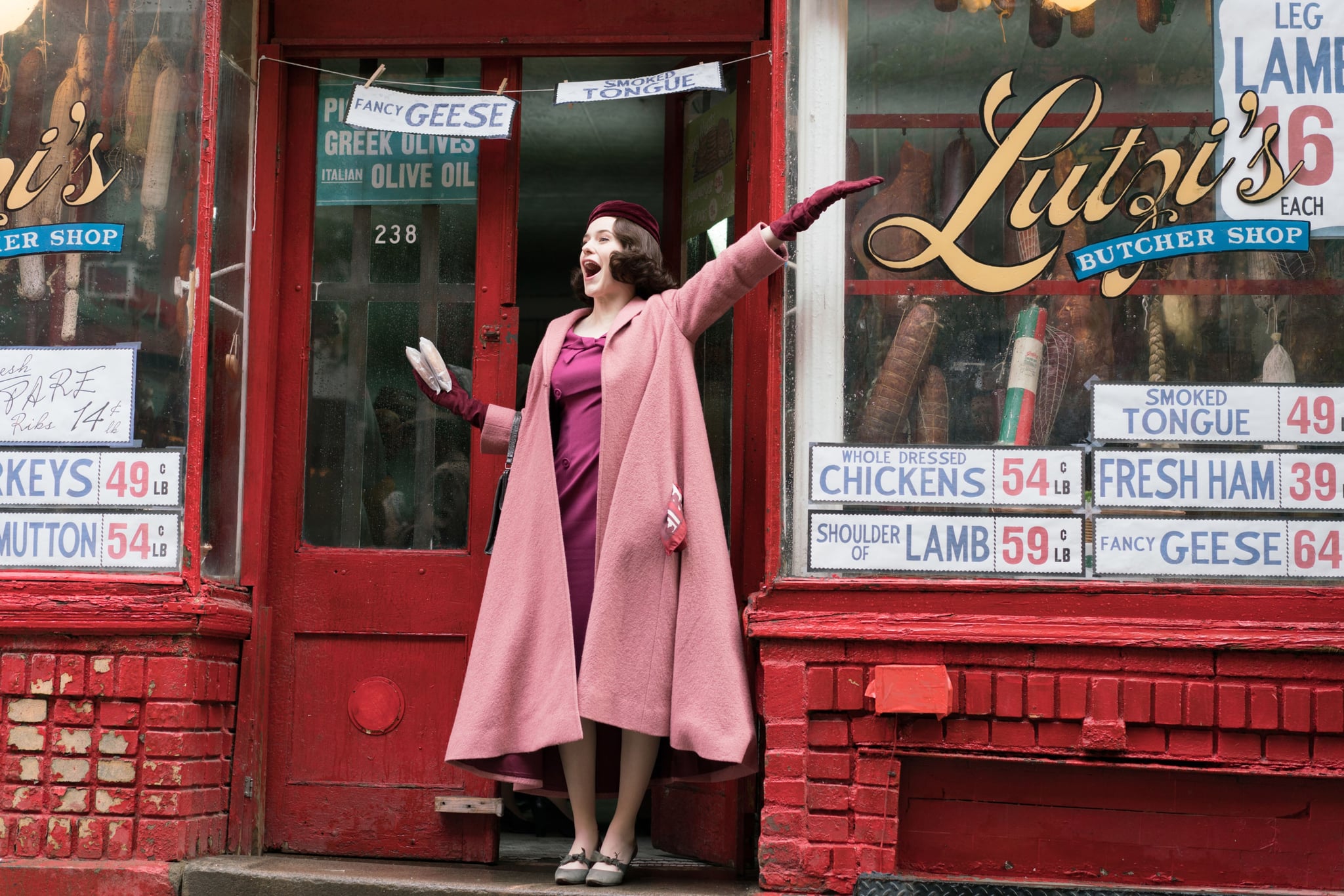 You may want to suspend hope of a second season of Gilmore Girls: A Year in the Life, because creator Amy Sherman-Palladino will have her hands full for the next couple years. Amazon has ordered two seasons of The Marvelous Mrs. Maisel, a new series written and directed by Sherman-Palladino, which is now streaming on Amazon Prime. It's the first time Amazon ordered multiple seasons of a debut series, so it's a huge vote of confidence. Here's everything you need to know about the show.

The titular Mrs. Maisel (first name Midge) is a wealthy Jewish housewife who lives with her family in New York City's bustling Upper West Side. Set in 1958, the show features a wonderfully retro Manhattan scene — perfect for those still going through Mad Men withdrawal — and a reliably wacky cast of characters created by Sherman-Palladino. A wrench is thrown into Mrs. Maisel's picture-perfect life by the end of the pilot, and the series will focus on her pursuit of being a stand-up comedian. (Not a respectable career for most men at the time, and unheard of for women.)